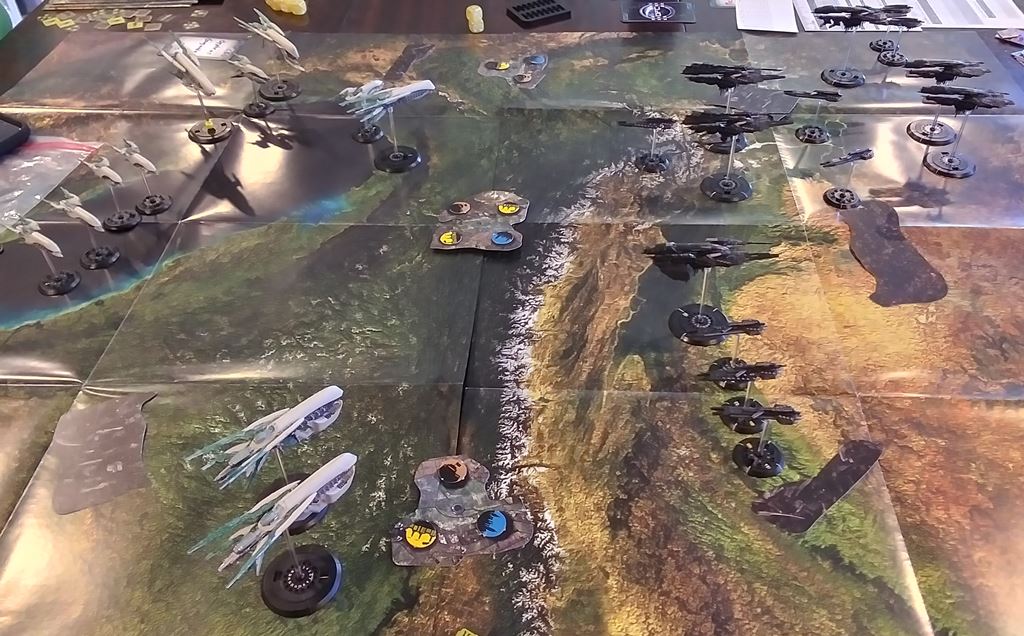 Game took about two and a half hours, with a LOT of time spent in the books checking stats and mechanics. It became immediately obvious the role Corvettes, with their ability to hunt in atmo, play in the overall game balance. And ground combat was a time sink spent rolling dice for bits of paper instead of playing a space fleet game.

Also, we kinda prioritized getting into combat over good positioning because we just wanted to see how all the systems worked together. I'm also not sure we did VP correctly, even after consulting the book.

I conceded the game turn 5 as there was a boots-on-ground gap I had no way to overcome anymore. Those PHR troopships are tanks, and the Moscow isn't nearly as durable. The lack of launch on my part wasn't a huge problem, but it left a lot of gaps for my friend to exploit.

Coming from DZC primarily, the DFC cards are worlds more interesting, even more so than the original zone cards.

Got a mat for Christmas and I'm excited to use. I went with the desert terrain so my dark UCM ships will stand out from it better. 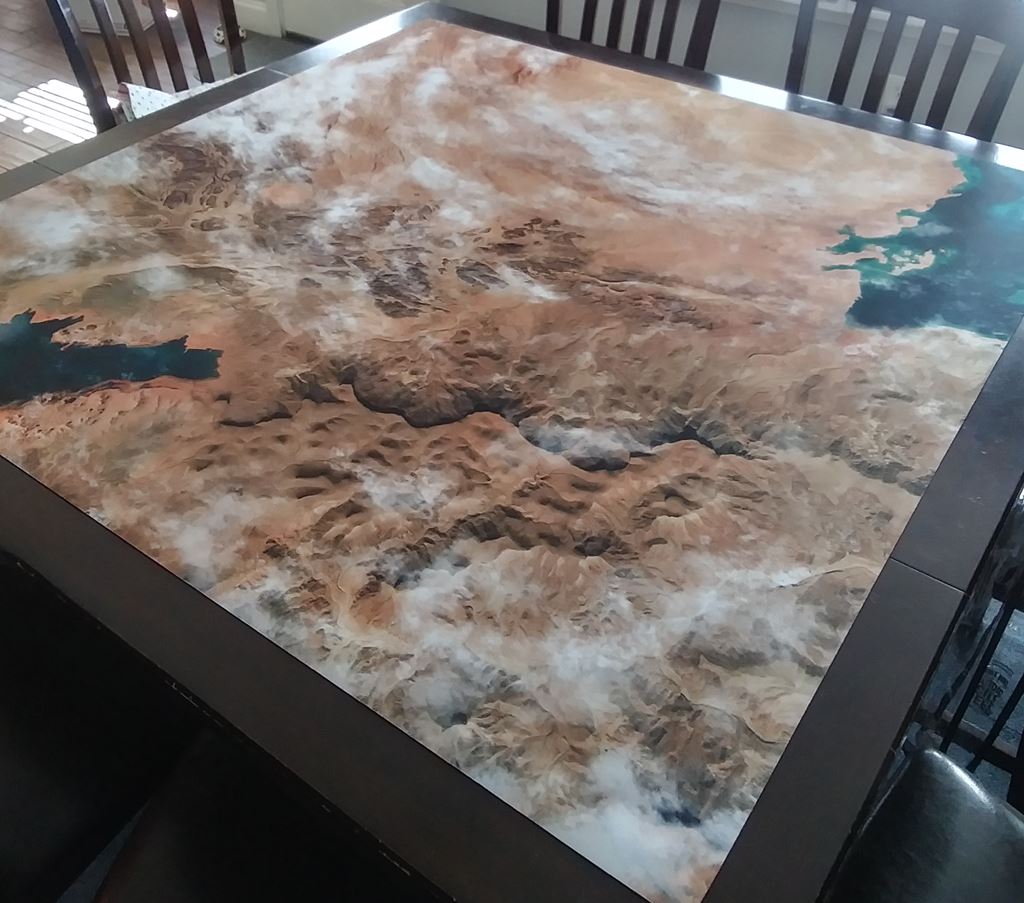 I've got a plan for better state tracking with the bases (doesn't everybody?). I'm not impressed with the dials, too fiddly, too hard to see at a distance. Instead, borrowing some components from the giant bag of Pandemic Legacy bits we have, I found their 8mm colored cubes fit really well into the well of the base. I'm going to take the stickers off and the dial, order a bag of red/yellow/blue cubes for signature state, grey and white for low/atmo, and 8mm d6 for hull points. The small bases fit 4 cubes just fine, the larger bases can accommodate enough pipped dice for the full hull of any ship except the Resistance Dreadnought. Once those all arrive, pics of them in action to follow.

UCM expansion plans are prow-magnetized BB and BCs, some Corvettes, and at least one more starter so I have some Seattles and Taipeis. I don't want to bring Dreadnoughts into the game, I don't particularly like the sculpt of the Destroyers or Monitors or Lighters, so I think once they're all done and sealed it'll be time to finally figure out exactly how I'm going to make my Scourge work, and just get some more games in.