I scored an ebay lot of extremely reduced price kickstarter sprues so I got the second army box I wanted and bunch of spares for trading and screwing around. Having a few games under my belt now, I think I would have built my army slightly differently, so I'm taking this opportunity to fill in those gaps.

Namely, units that do things that few others in the game can do. Unique gears. 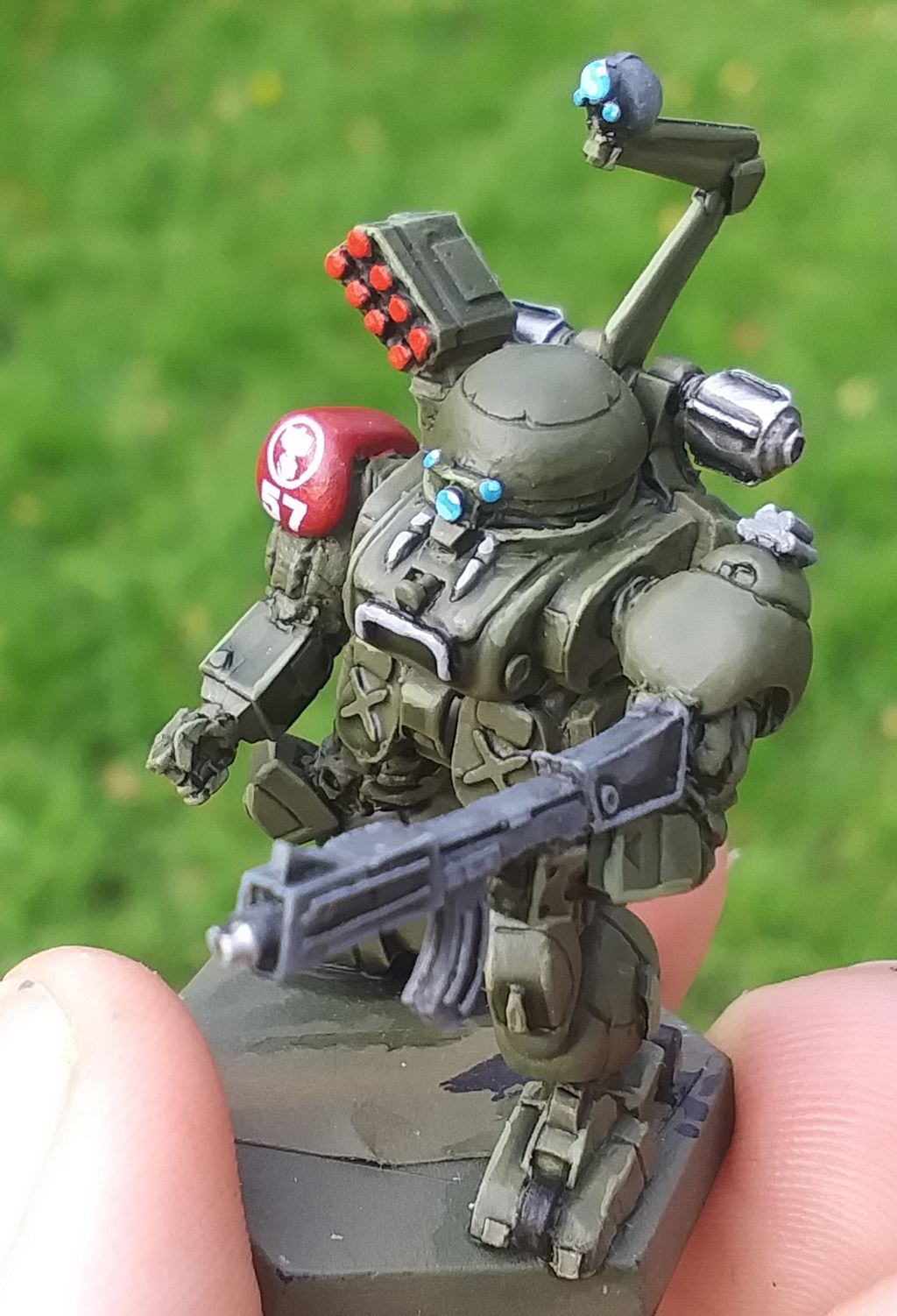 I've been hurting for dedicated eWar gears, and a pair of Silverscales should help immensely. The model has a lot of details absent even other metal sculpts, from the grenades on the legs to the shoulder anti-personnel grenade launchers, to the crashbars on the cockpit. I really like the design, and they have angled missile pods which automatically make them cooler. The sensor boom I'm a little worried about bending in the long run, but so far seems reasonably sturdy. 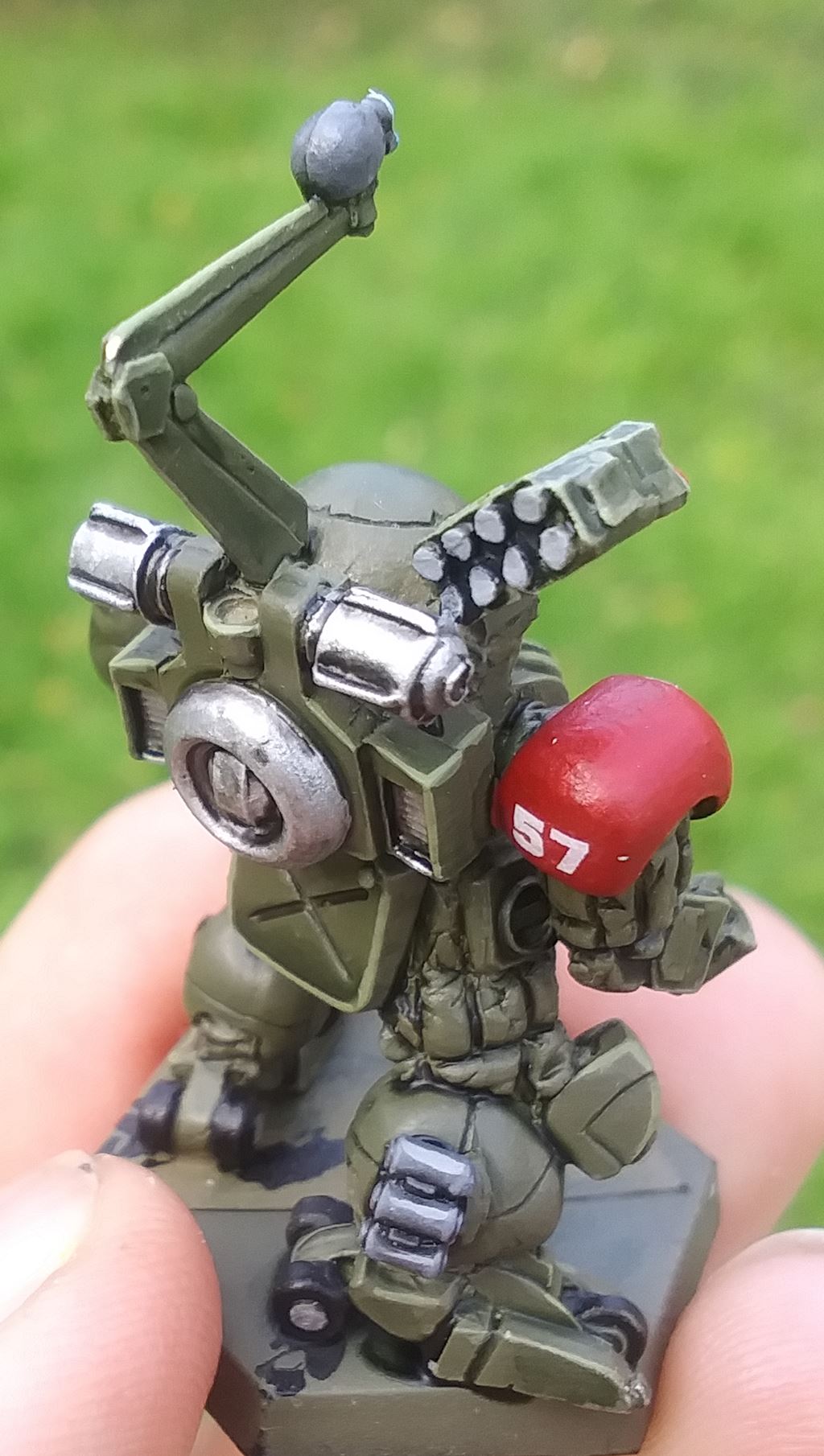 Pics are from before I varnished, so the shine is knocked off in the final models. And they're based. It's been frustrating finding time and weather for good pics. 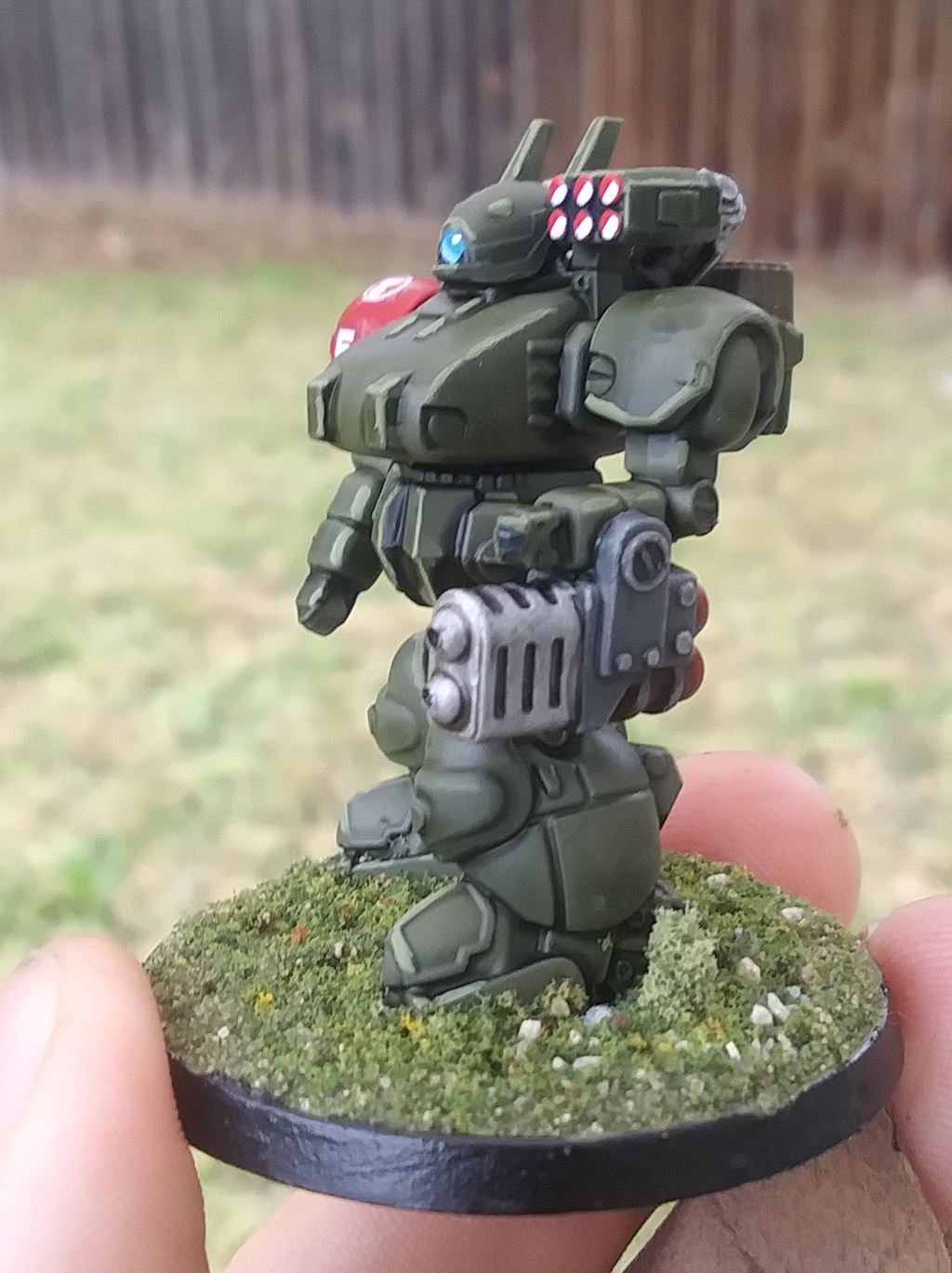 As I said, unique gears. The Heavy Flamer is unique to the South, and only carried on the Drake (I dislike the model in particular as garish and huge models in general in all games), Hittite (meh), and the Flame Cobra. Thus a Flame Cobra. 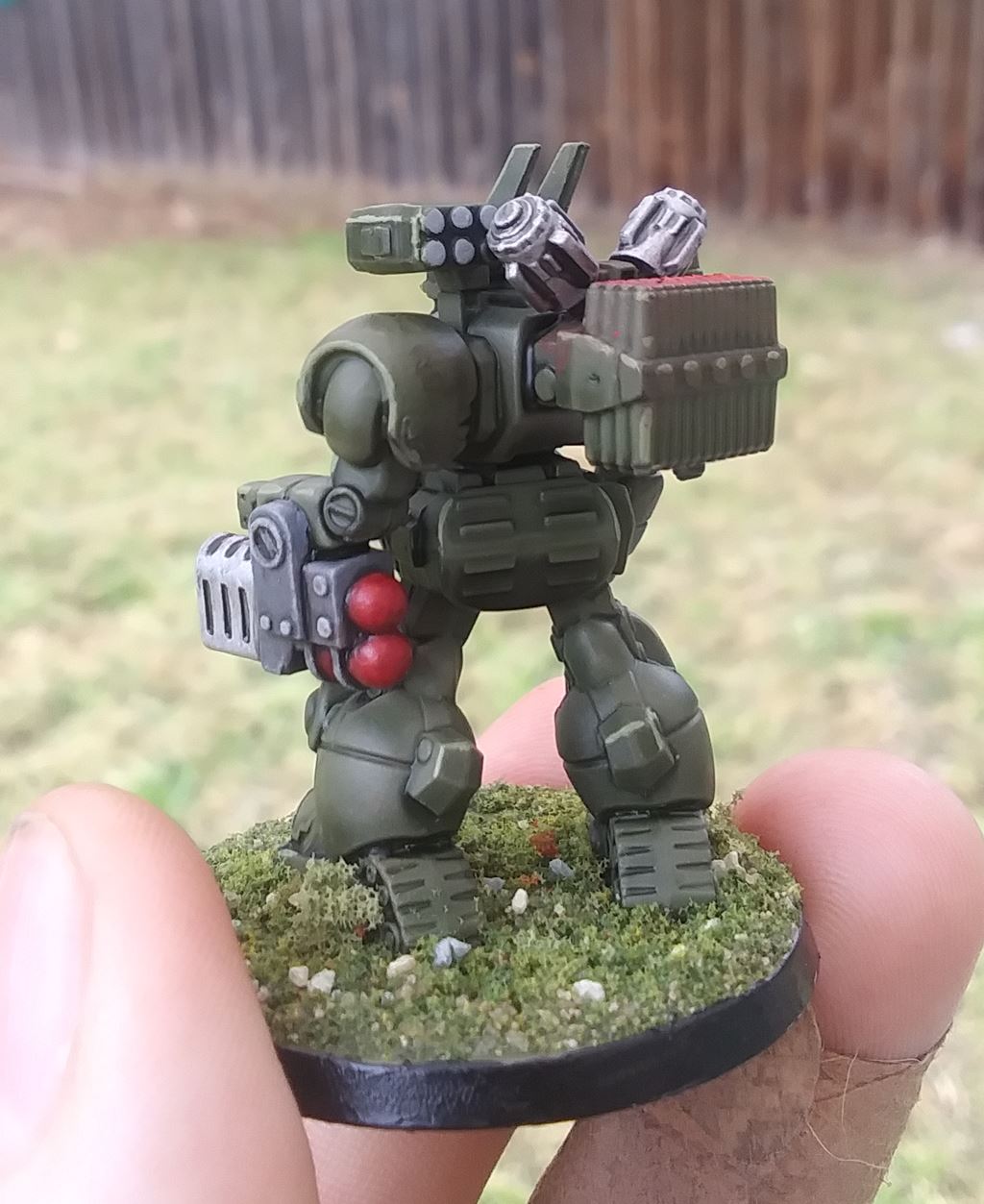 I'm debating with myself trying to add some discoloration to the heavy flamer's spouts, whether that would be in scale, whether I can pull it off. The rest of it I'm reasonably happy with for a plastic model. I think I've got they lenses down, when they're large enough to do this way.

I tried the fuel bottles on the flamer in orange at first but wasn't happy with them, they just looked out of place, and I went with a red gradient instead. It's only visible in this picture, but I had a hell of a time with the billion rocket tips on the back and at one point scrubbed them clean and repainted them the hard way, point by point. I guess I missed cleaning off a bit of the red. Seriously though, I can't see it without deliberately looking for it, so I think I'm just going to leave well enough alone before I make it worse. 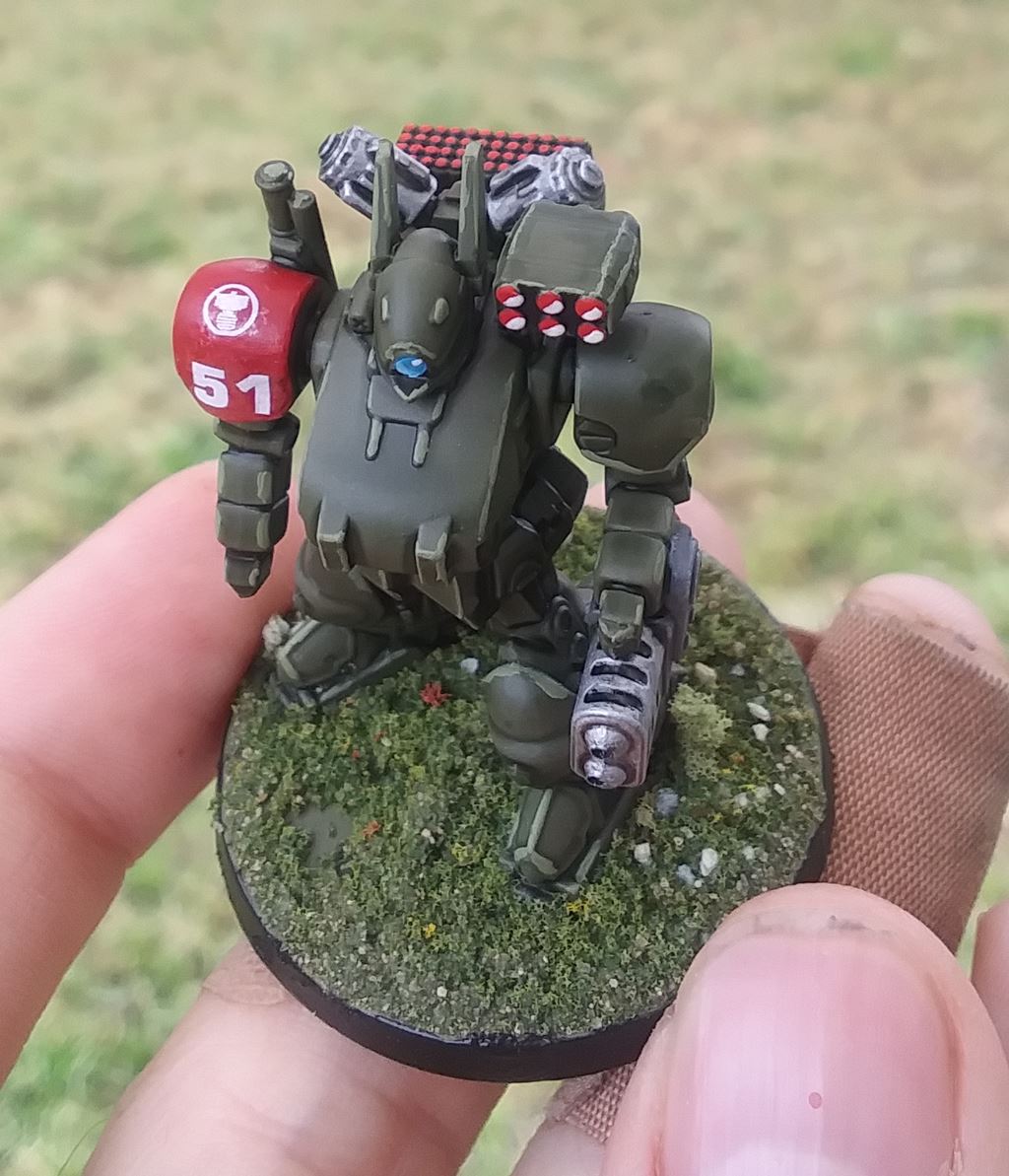 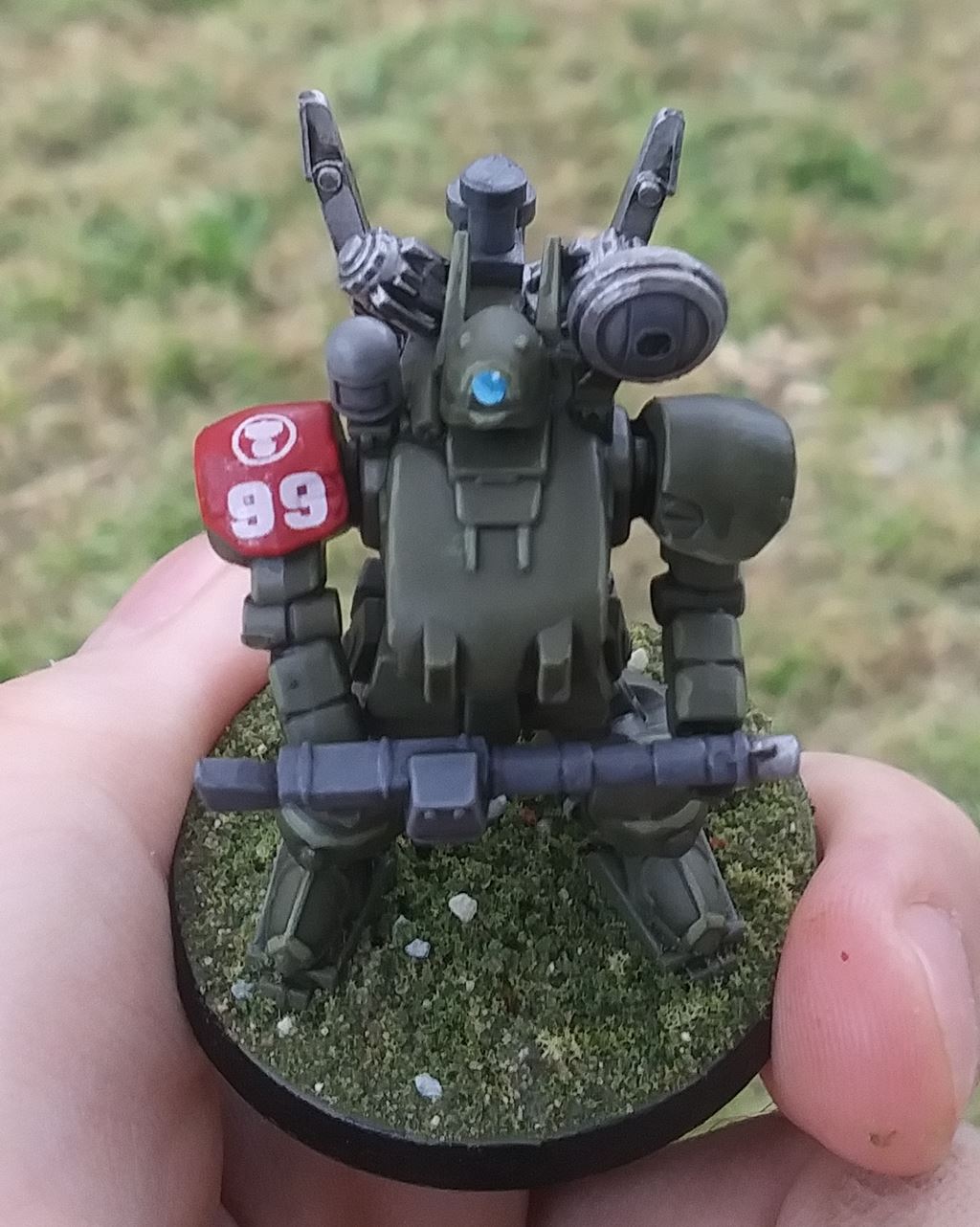 Even more unique than the Flame Cobra, this model has a rule only present on one other model in the whole game, and it's a bizarre massive beast of a tank. Counter Battery Systems (the round dish on the shoulder) allows it to react to indirect fire near it with it's own medium field mortar. Said mortar and CBS array are metal pieces from the DP9 store. 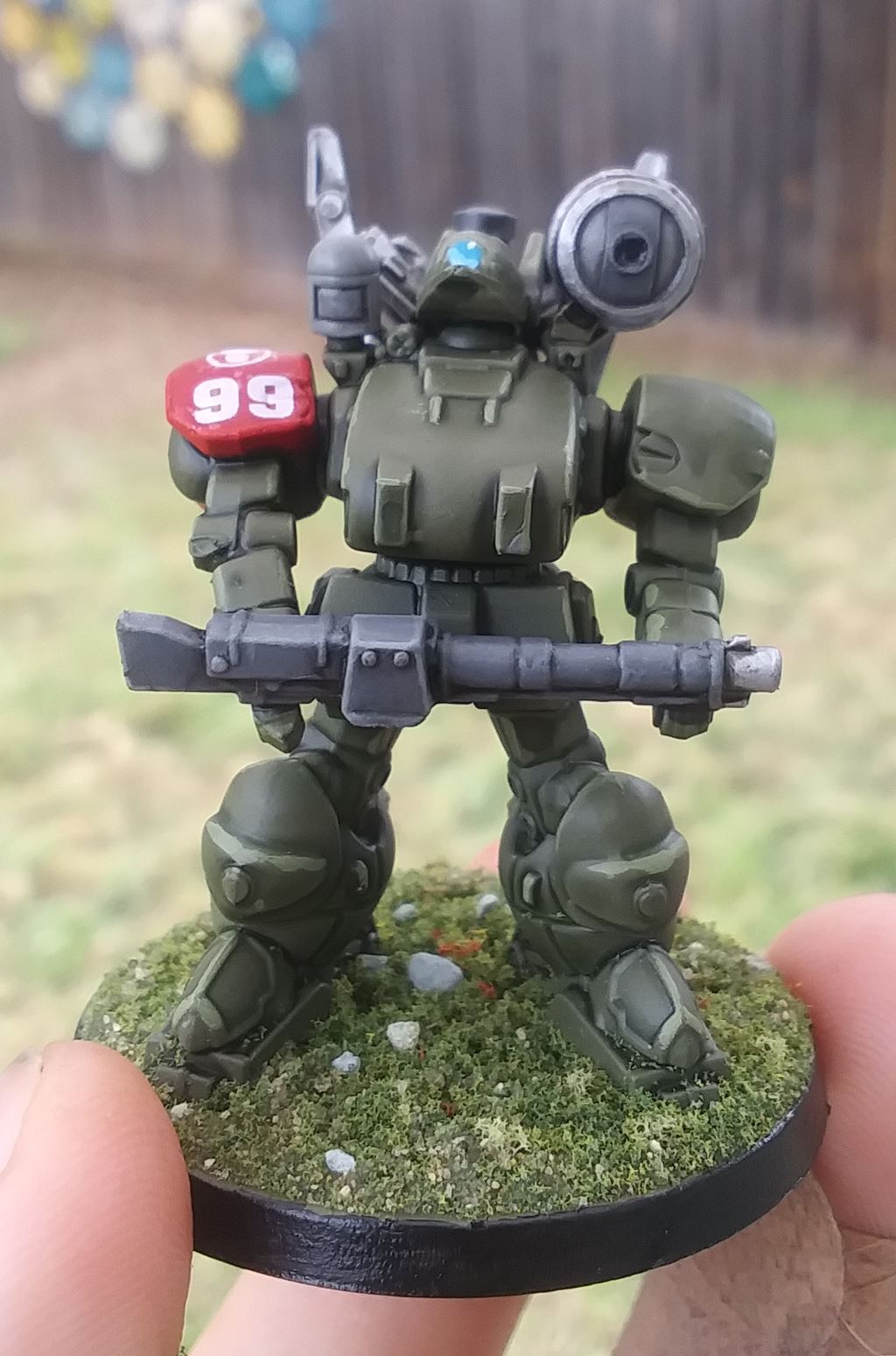 I modeled him facing up, like he's tracking the incoming fire. I also chopped and modified the arms to hold the heavy autocannon at rest, which didn't come out looking as natural as I'd hoped. 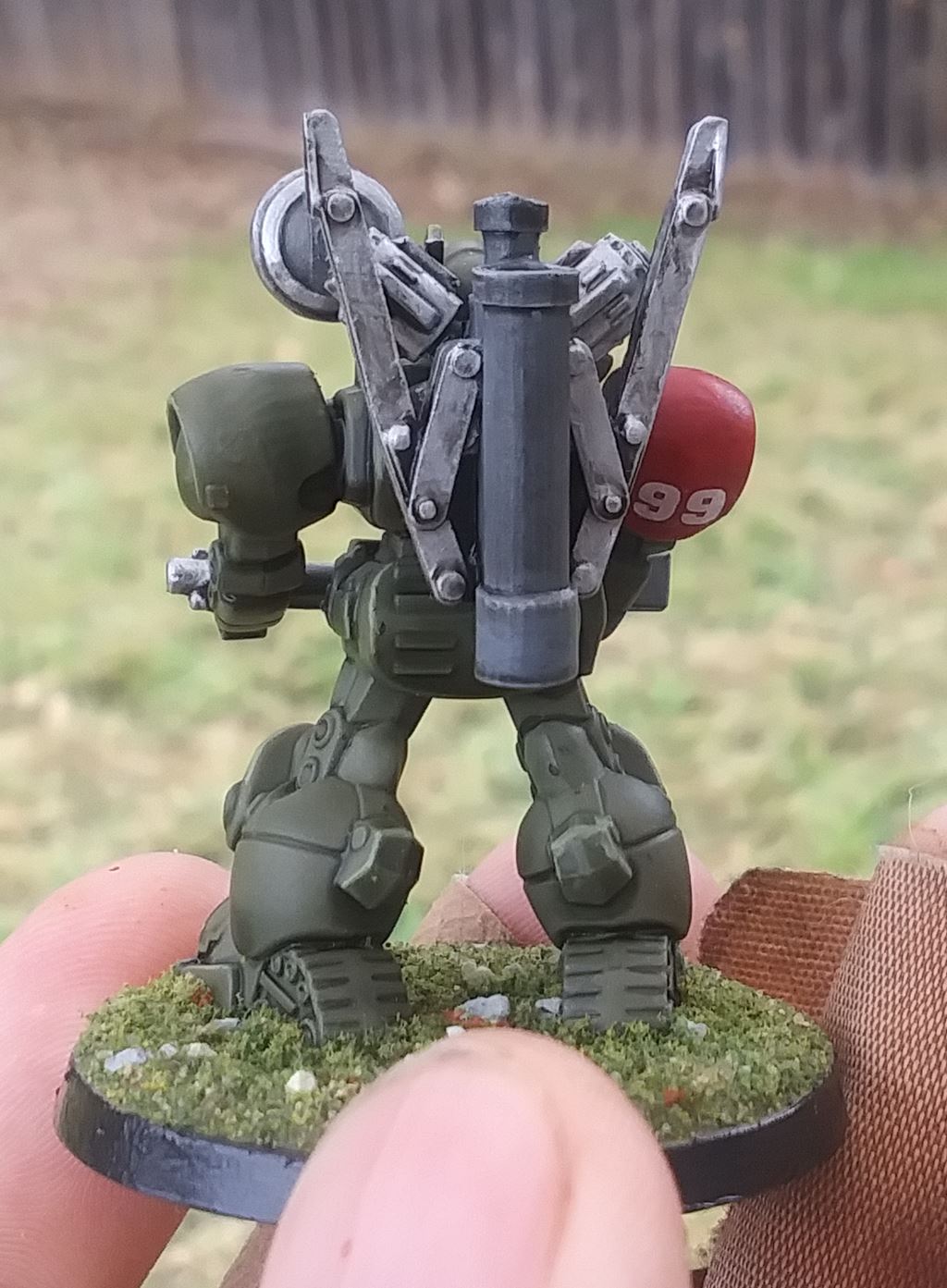 A clearer shot of the back, and the metal MFM. It was originally a 'braced' weapon in the game, hence the folded up bracing arms of the piece. The gear would squat down, brace the mortar, and fire. I think I'll add some pigment dirt on the bottom later to suggest that. 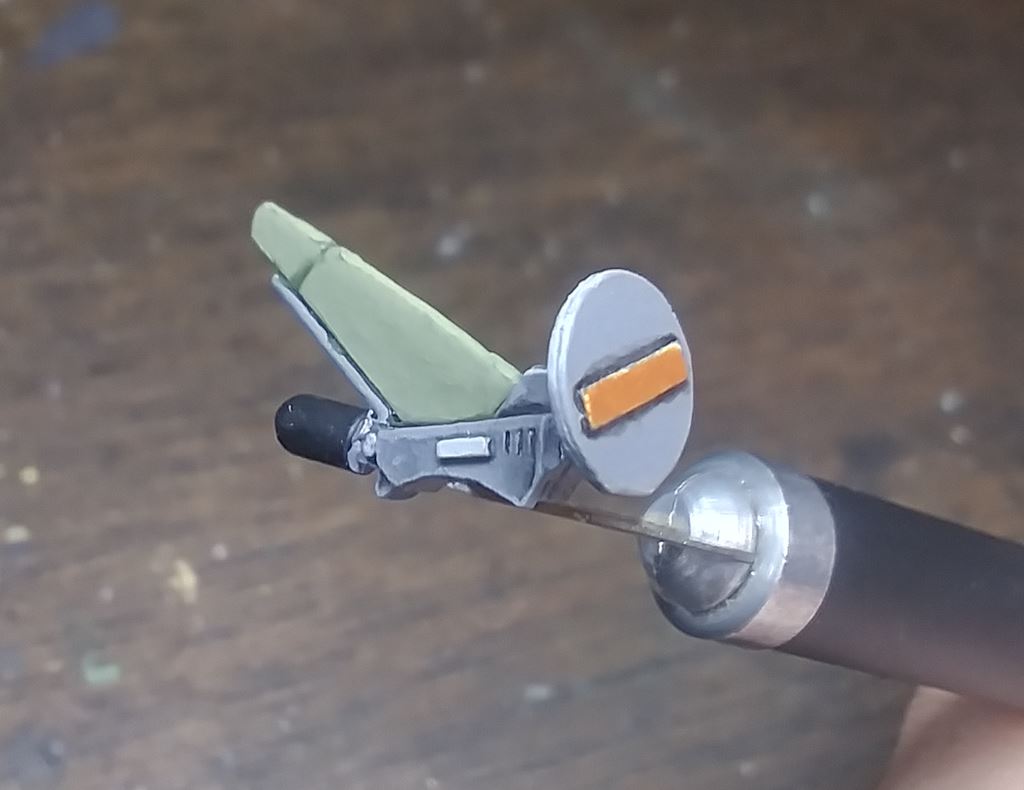 I finally got around to doing the finicky pinning this piece needed. It's a CnC should sponson for the Naga, radar dishes, radios, sat uplink, etc. Magnetized like the rest of my naga shoulder pieces. Also did the last weapon option for the chin gun, the light particle accelerator, though it's a fairly boring looking piece on its own so I didn't bother getting a picture of it. 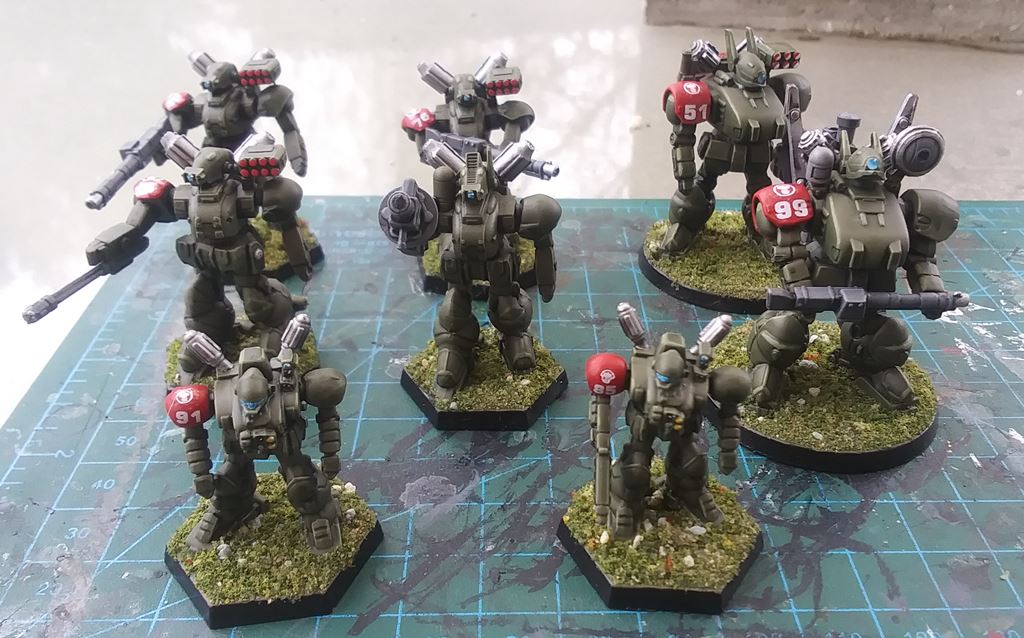 I also finished another 4 Mambas (razorfang brawler, blazing, and two gunners) and a pair of Blackbox Iguanas because the Mamba is the workhorse of the South. Jagers aren't a baseline, they're below the average power curve. It's been a useful insight.

That said, I have a bunch of Jagers, 5 more to go (two blitz, a flame and two regular) when I get an order of bases in. That ebay didn't have a single base, and I've burned through most of my supply of spacre 1" hex bases. I also need more decals.

I want a Hydra. That's happening.

And the Caiman is growing on me and fills a role I'm really lacking now, what with my whole tray of infantry.

I may do a Mekong police squad, but it's lower priority than the two above pieces, and then I think I'm pretty much done with the South. Everything else is either a sculpt I don't love, or not in keeping with the aesthetic I'm going for in the South.