I've gotten very little hobby work done over the extended holiday season, though I've squeezed in a few games with my usual group of wargaming friends. I managed to remember to get a few photos of the games we played, but most of them are frankly shit (my inept composition, my potato phone). And my memory of games is far sketchier than I think it at the time. I could tell some fables and outright lies, or I can let the pictures speak for themselves, and double pinky swear to be more timely and verbose in the future. 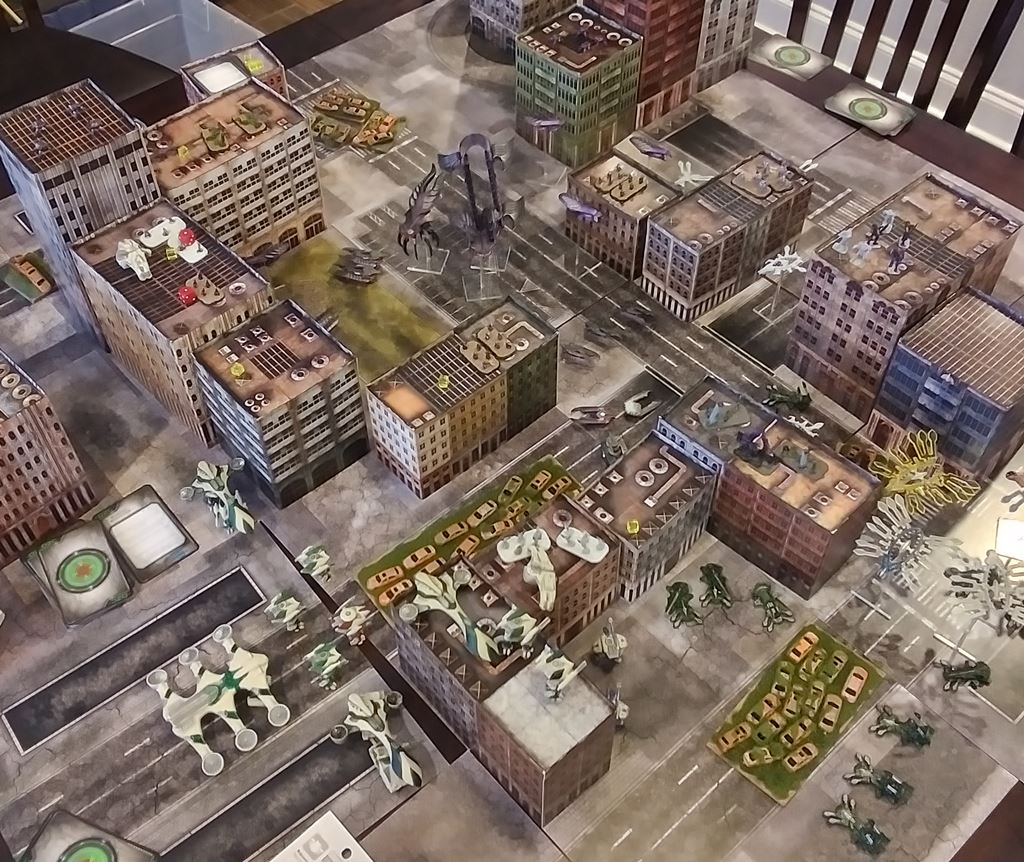 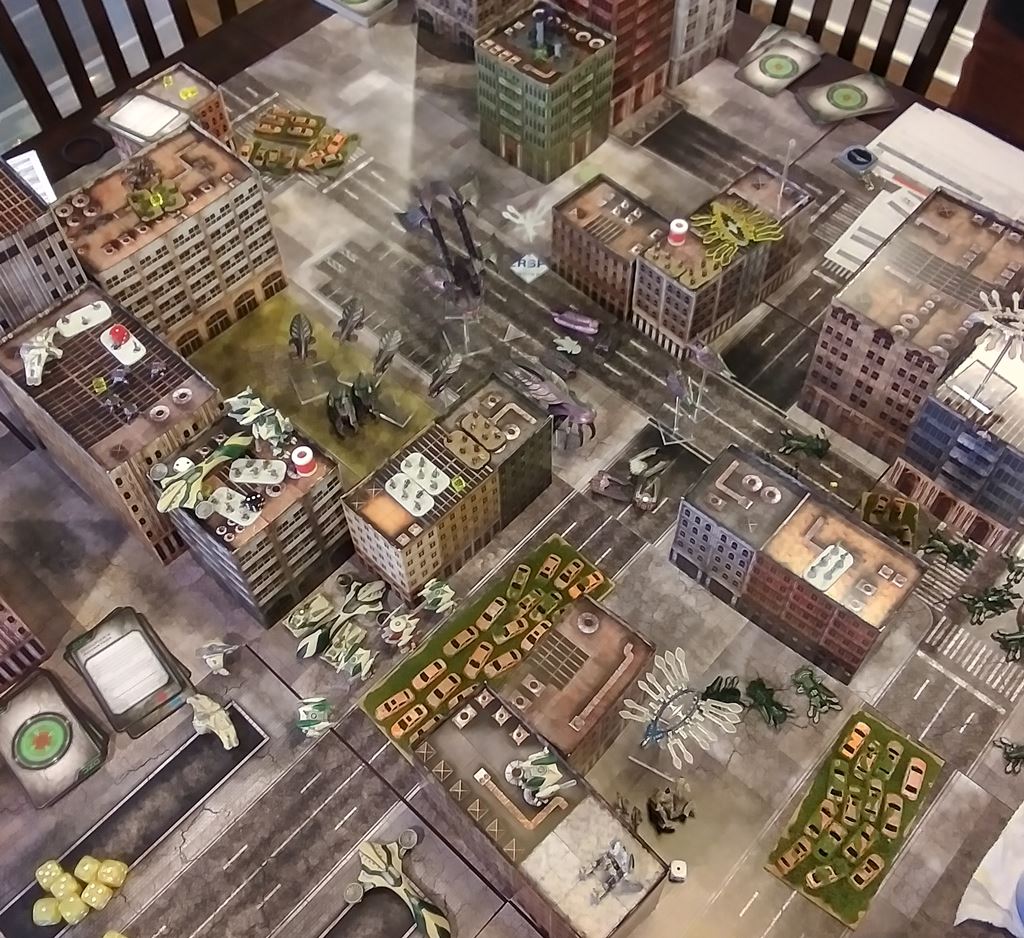 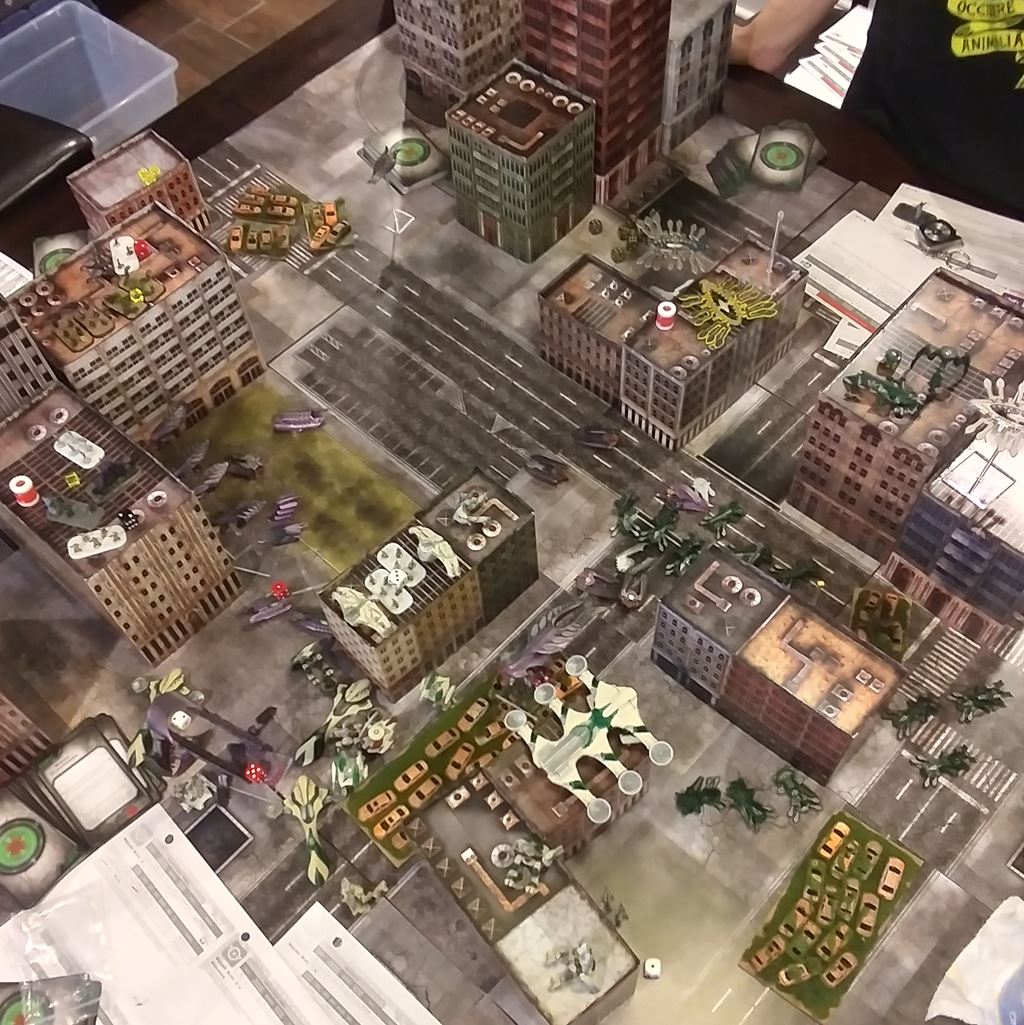 I'm mostly drawing a blank from this game. 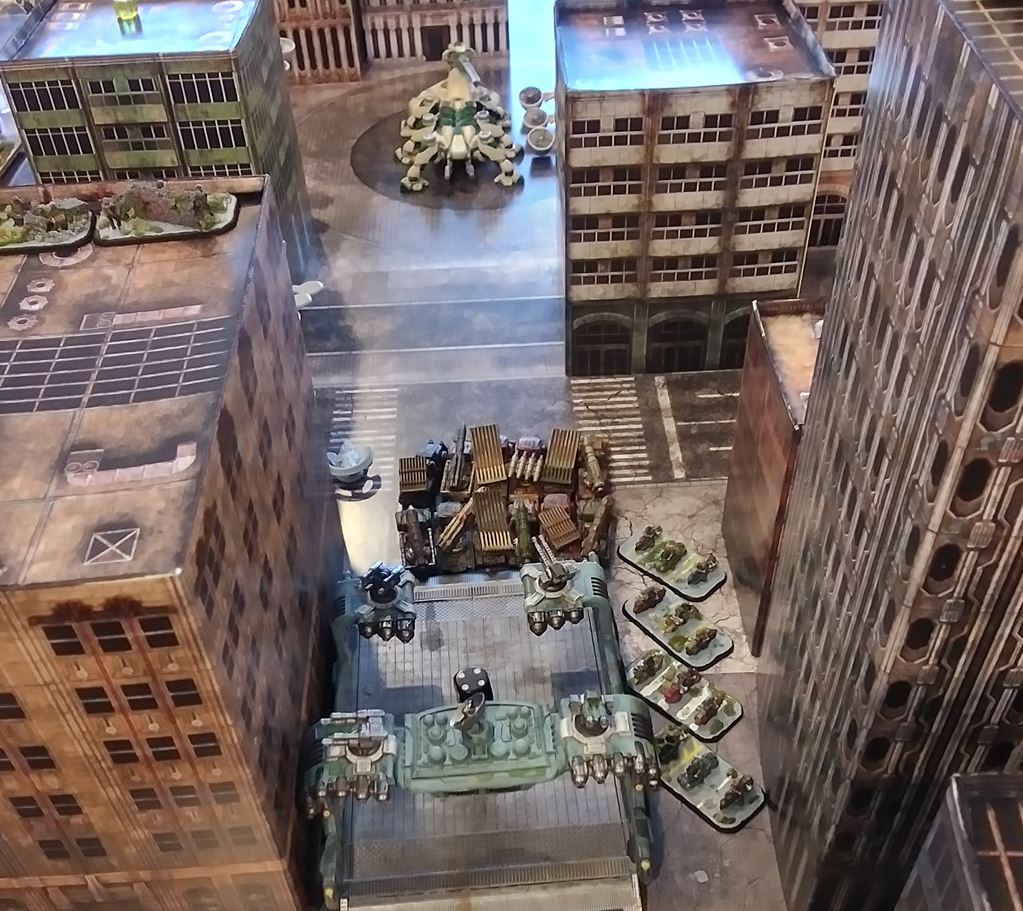 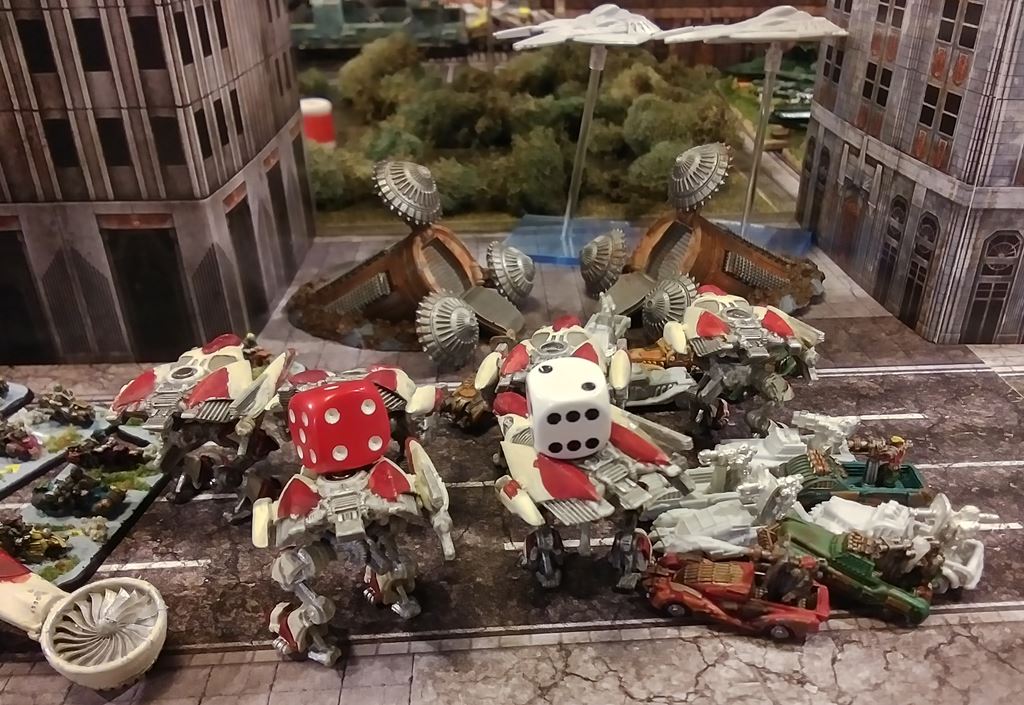 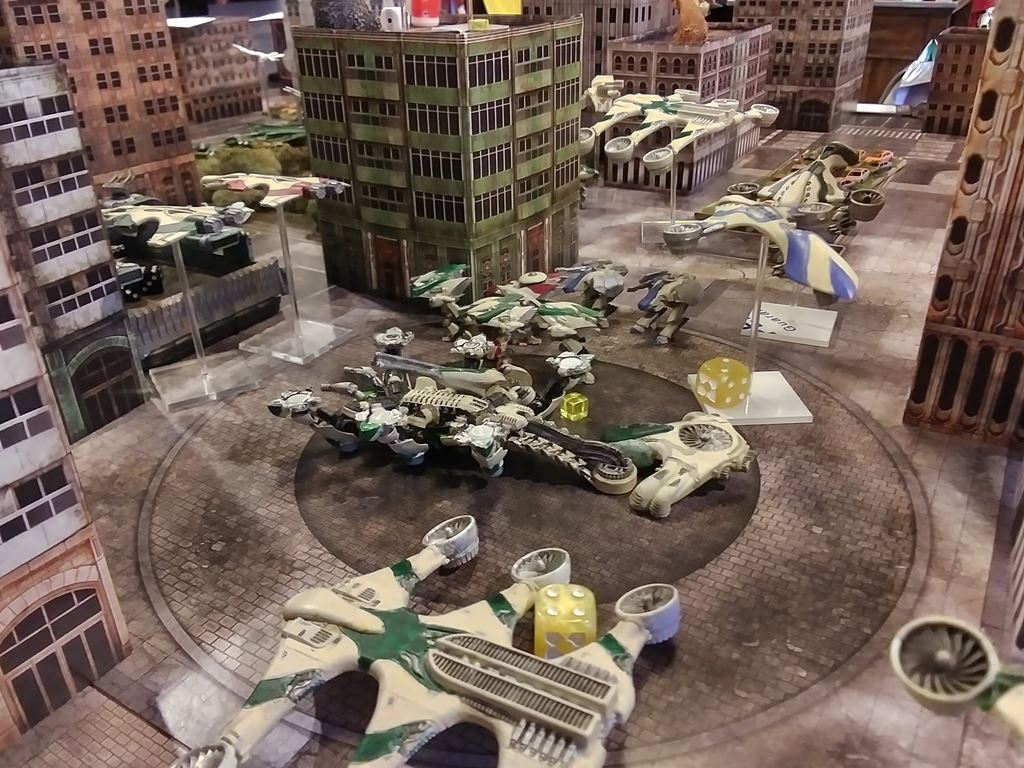 Finally had a chance to field a Leviathan full of rocket artillery. They did a number on a few buildings, but lack the 'oomph' of their Barrage predecessors.

The Hades died to a single blast from an Icedrake Foe-Crusher cannon. Splat.

I'm calling it shrewd tactics, but you can see where I blocked the movement of a squad of PHR walkers by drilling up in the alleyway they were heading down. And then swarming them with Technicals. (I swear I'll finish painting the other 6 of them soon. Squads of unique units are such a massive pain in the ass.) 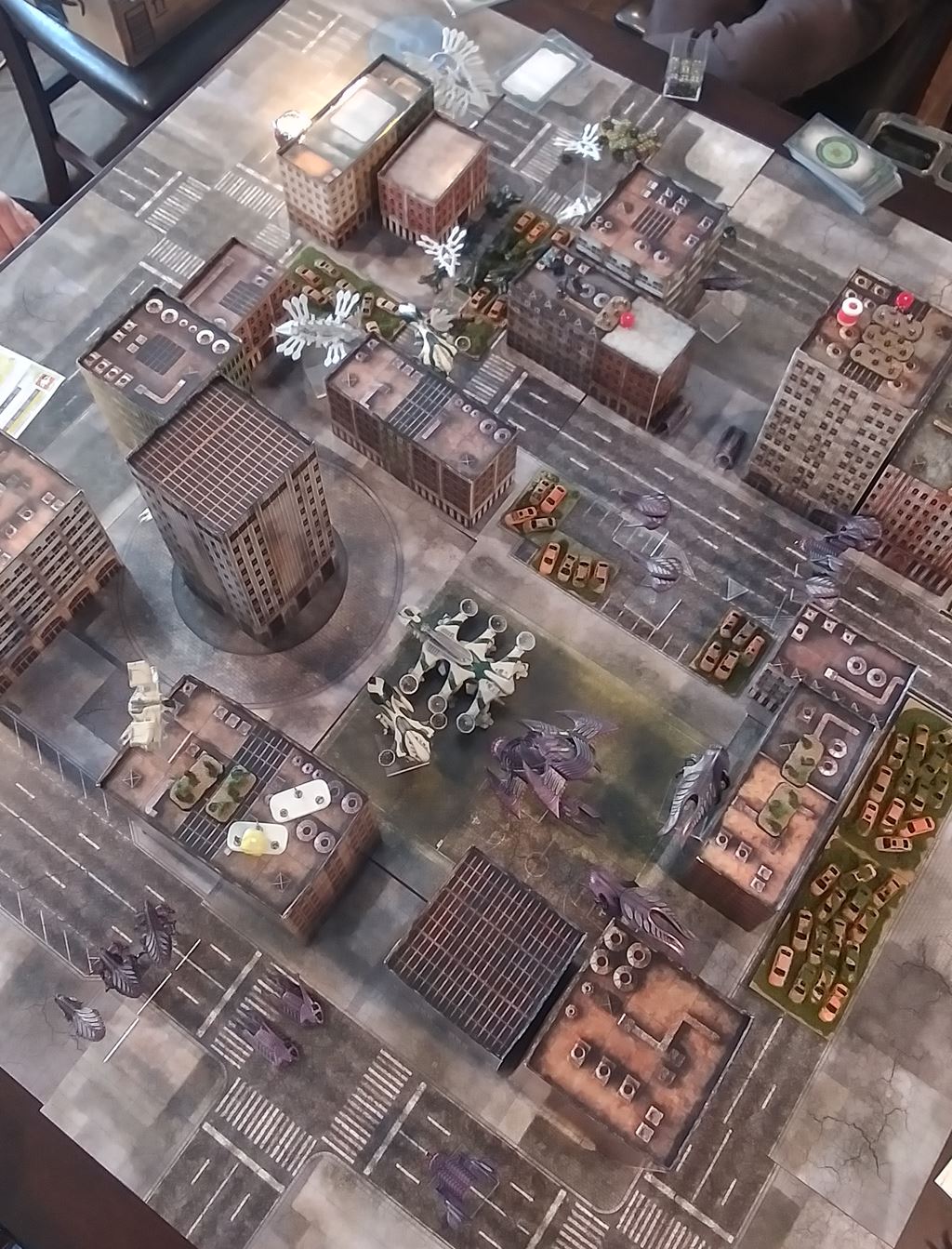 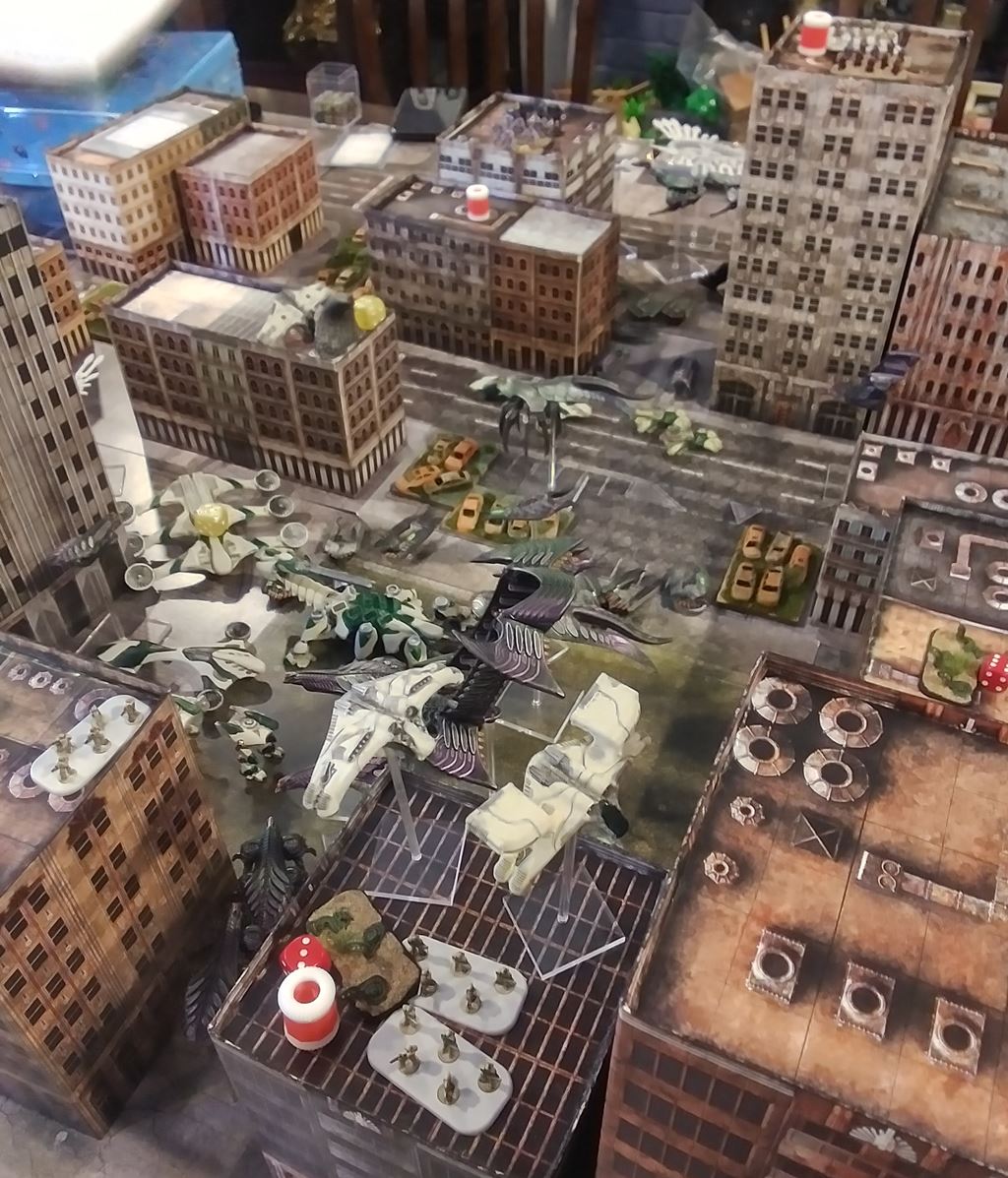 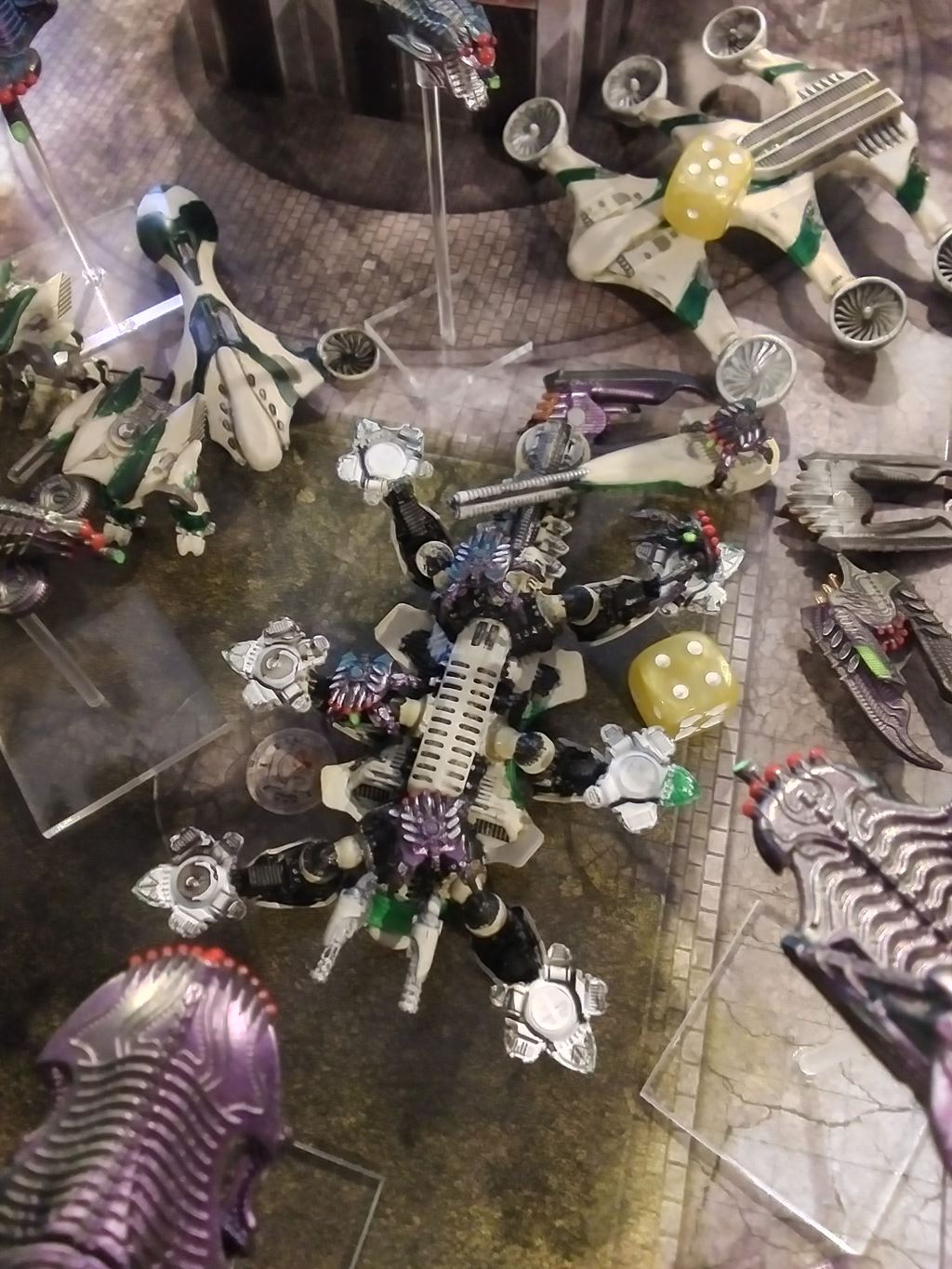 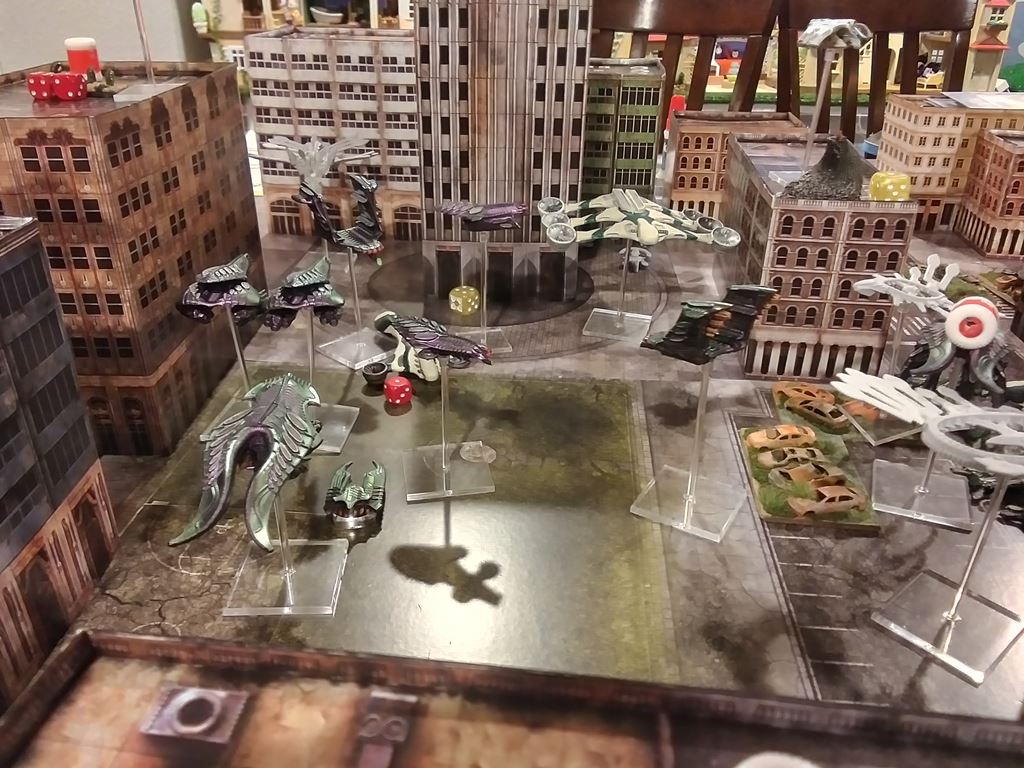 We did something interesting with this game, with the Shaltari and PHR contributing homogenous Battlegroups to one army. So the Shallies brought an HQ and infantry and vanguard, the PHR brought armor and infantry, something like that, the exact makeup escapes me.

Two Corruptors, left alive, can create an absurd number of Razorworms. Between 4 heavy tanks and some good rolls, I ran out of bases by turn 2 and had to start marking the swarm sizes with dice. OH! and we realized that the new corruptor torpedo rules have no M&F restriction, so they can move the full 24" and fire at buildings 6" away, which is dumb. Thus, we used the old hawk profile, 12" M&F on the torpedoes. Tormentor flame weapons are my new favorite tool, getting more use out of them than regular ol' plasma cannon shots.

Prowlers apparently left a lasting impression, as the Hades waited til they were mostly shot down to drop, fearing being dog piled. And rightly so. 5 of them finished off a lightly wounded Hades, with one victory posing on top of the corpse, claws raised, spewing plasma in the air.

The Overseer managed to change the outcome of a single die the whole game, mostly serving as an overly expensive AA boat.

General consensus post-game was that we all didn't bring enough AA. the last turn was mostly flying units surveying an empty battlefield. Final score was a joint PHR and Shaltari victory, something like 7 to 4.