I hate the dials. They're hard to read at a distance, and too fiddly too often to adjust mid-game. Thus... 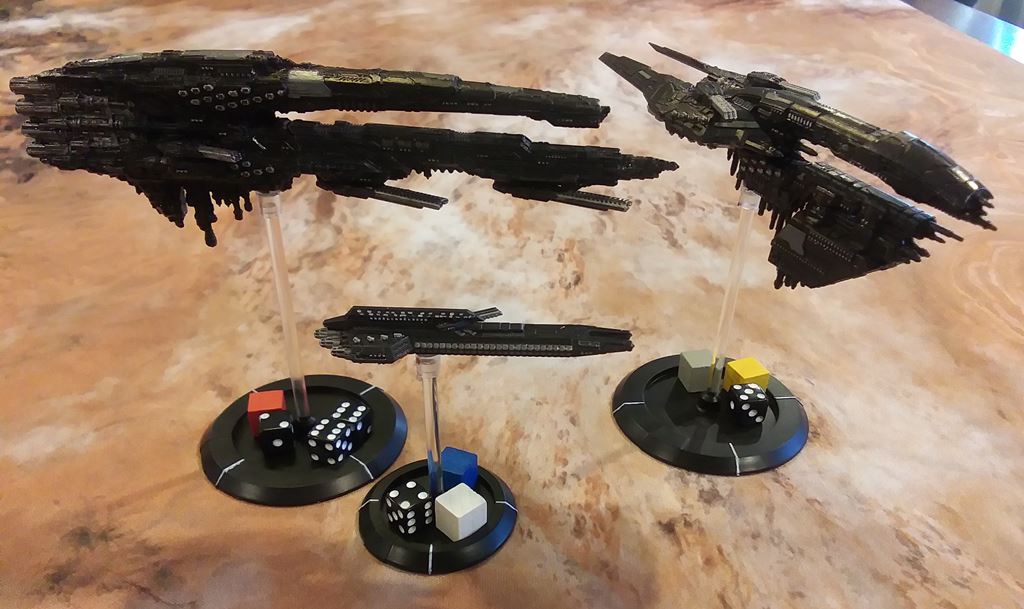 8mm D6s for hull, 8mm wooden game cubes for layers and spikes. No cube for high orbit, grey for low, white for atmo, yellow for minor spike, red for major, and blue for silent running. A small base holds two hull D6s and two cubes with room for fingers, and there's just enough of a lip that they don't fall out or roll unless you knock the model itself over. The heaviest L tonnage ship only has 7 hull, and none of the light cruisers has more than 9 (I prefer the smaller bases for them) so that's not a worry. And a large base has room for enough status and hull dice for everything in the game up to the Remnant Dreadnought's 35 hull.

I wanted to get some game time in with the dice before recommending them as an improvement, but after a few games, I'm quite happy with them. I can read any ship on the table from anywhere for layer and spikes and rough hull points. Exact hull points is actually easier than I was expecting too. There were a lot of people in game design forums ranting about how 8mm dice are terrible and should never be used, but even my friend with the worst eye sight had no difficulty with them.

My original idea for the cubes came from spare parts from Pandemic Legacy, but I wanted more than enough and in uniform quality, so I ordered a large batch from The Game Crafter $50 out-the-door gave me enough tokens for 3 players at 1500 pts according to some napkin math, and that's with a lot of cushion. 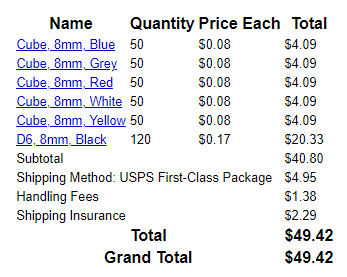 Similarly, I've been able to bin the fighter and bomber launch chits in favor these beauties. 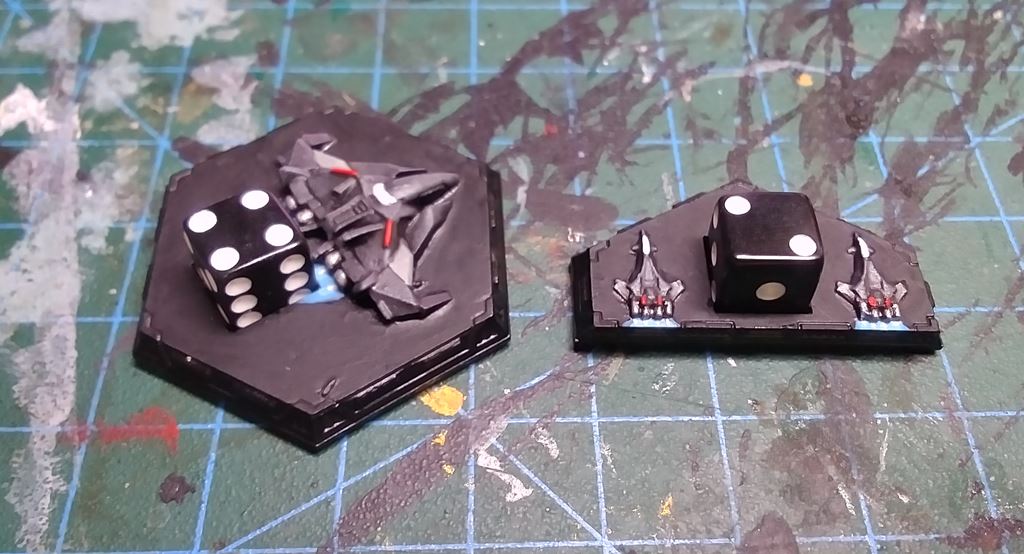 They're from Firestorm Armada, 'SRS Fighter & Bomber Tokens', currently on limited-special order from Warcradle. Their pictures are annoyingly absent or poor quality, so it's hard to tell exactly what you can order from them, and equally frustrating in that you can't even find the entire line in one place. Some are at Warcradle, some at TheCombatCompany, and some at WaylandGames. 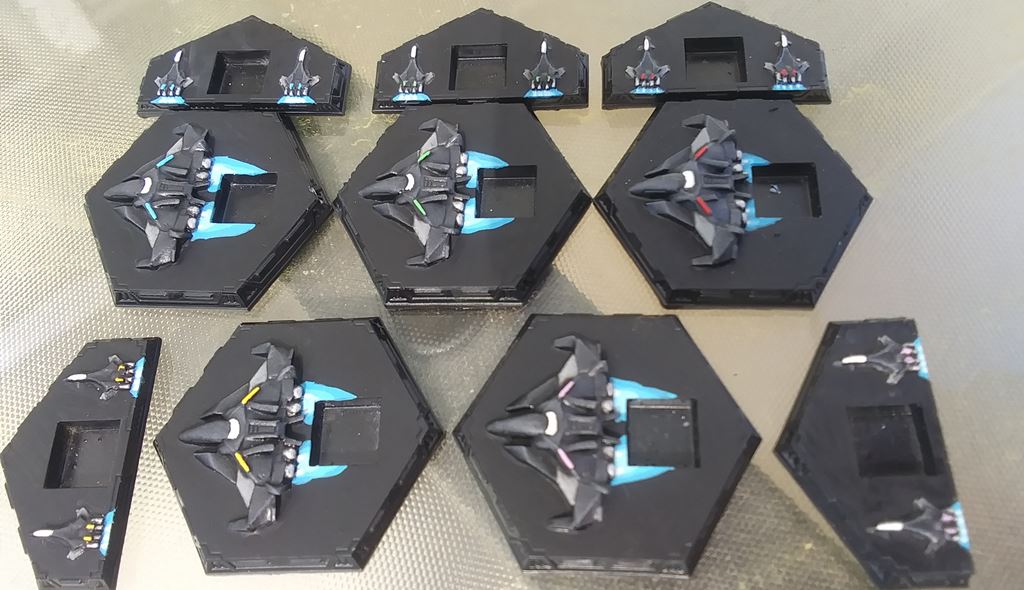 I can't think of a time I'm going to be splitting launch more than 5 places, and most of the time it's going to be a dogpile, so 5 of each should be more than I'll ever need. Color coding for flights.

This is what they looked like out of the bag, a simple resin piece. I payed I think $15 total for 2x5 bombers and 2x5 fighters in two different styles. Again, played with them and they work perfectly fine. 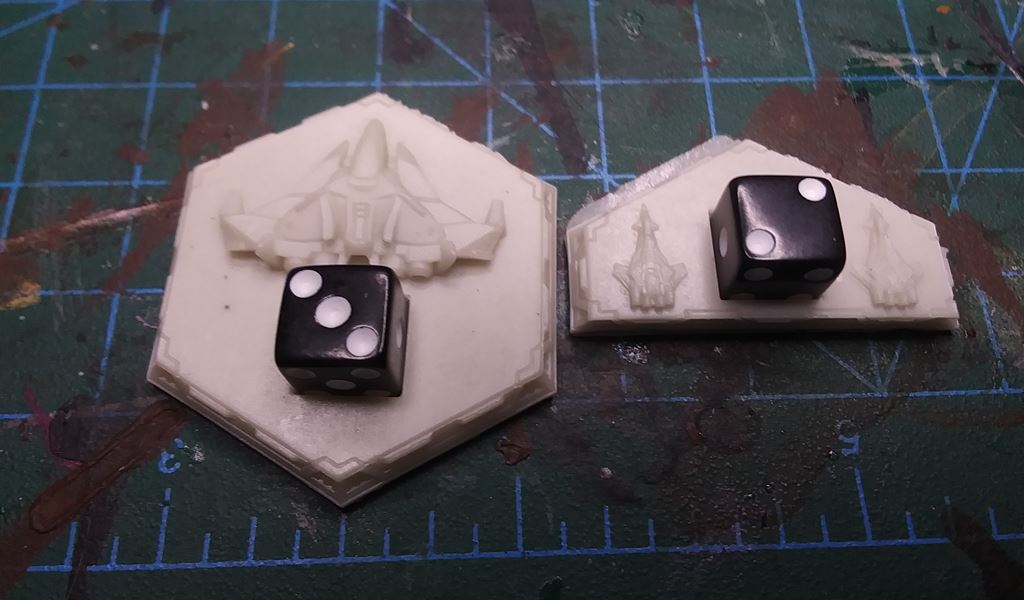 The sector pack is pricey, but also kinda awesome. After a few more UCM ships, that's my next DFC project (still procrastinating extra hard on my Scourge)

I've got an order pending of some 6mm/1:285th pieces from Khurasan so I can make tokens for infantry, armor, and defense batteries. How best to hold a die on the token, or whether to at all, are still up in the air.

While I have a scheme and list of names for ships, and every intention of creating a service record page to track their exploits over games, I haven't worked out how best to print and attach the names to the bases.

Torpedoes still have me stumped.