I've got an entirely painted Scourge force of decent size and variable composition, and am going to try my damnedest to keep up with that state as I acquire model models. The only things currently waiting are a Despoiler and Oppressor I recently lucked into. I'm not a huge fan of the 'crab' units, and it's really hard to fit a second despoiler into a sub-2k point army, so neither is a real priority. 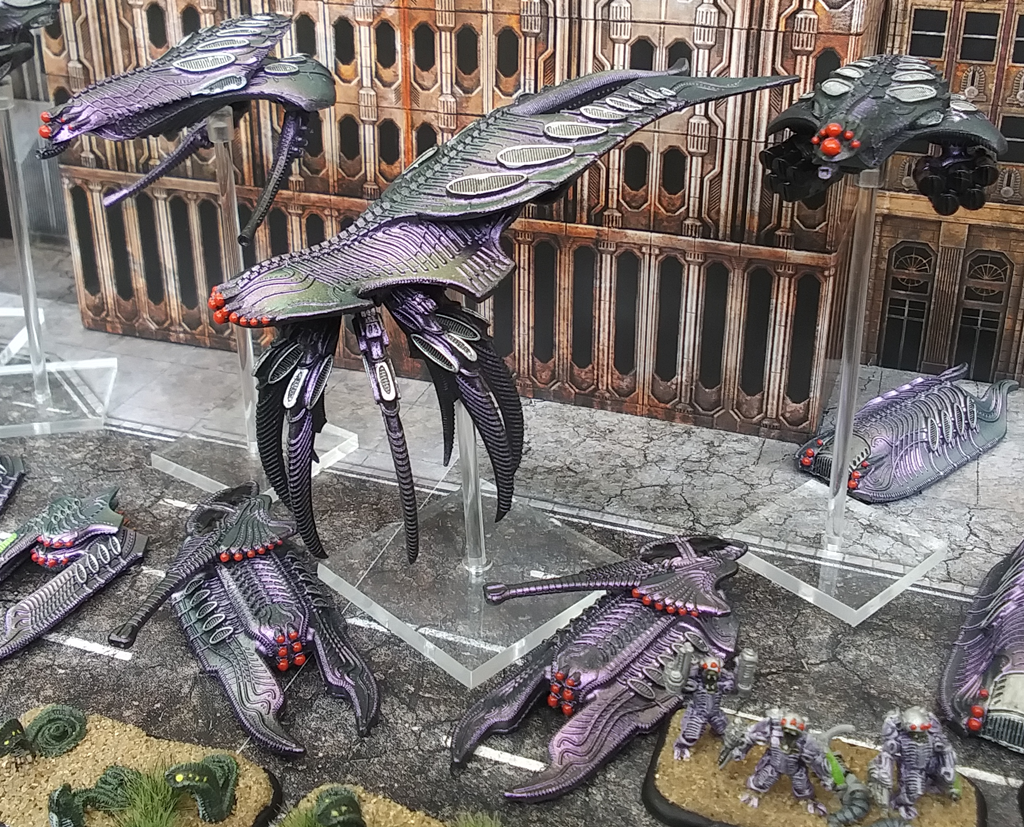 GreenStuffWorld Toxic Purple colorshifting paint over the requisite gloss black base. Silver in the vents, homemade black wash over the silver. Red for the eyes and gloss varnish on top. Gold for the engines and a flesh wash to give it a depth and look less garish. That's it. I can knock these out in pretty short order.

Infantry are much more varied, with extensive use of inks. 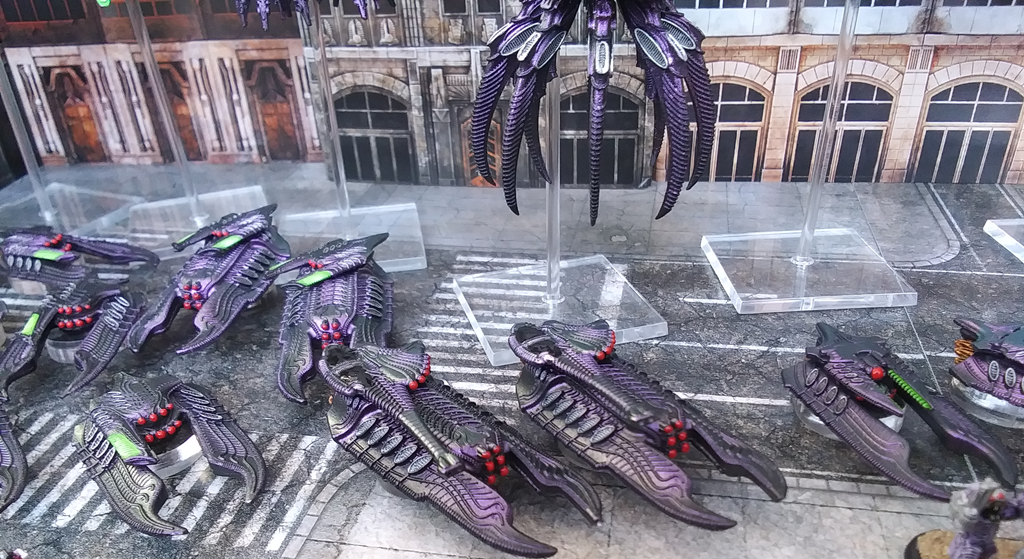 I recently added 1/2" tall 3/4" wide acrylic disks attached magnetically to the bottom of all my grav-tanks to give them a hovering appearance but not prevent them being loaded in a dropship. 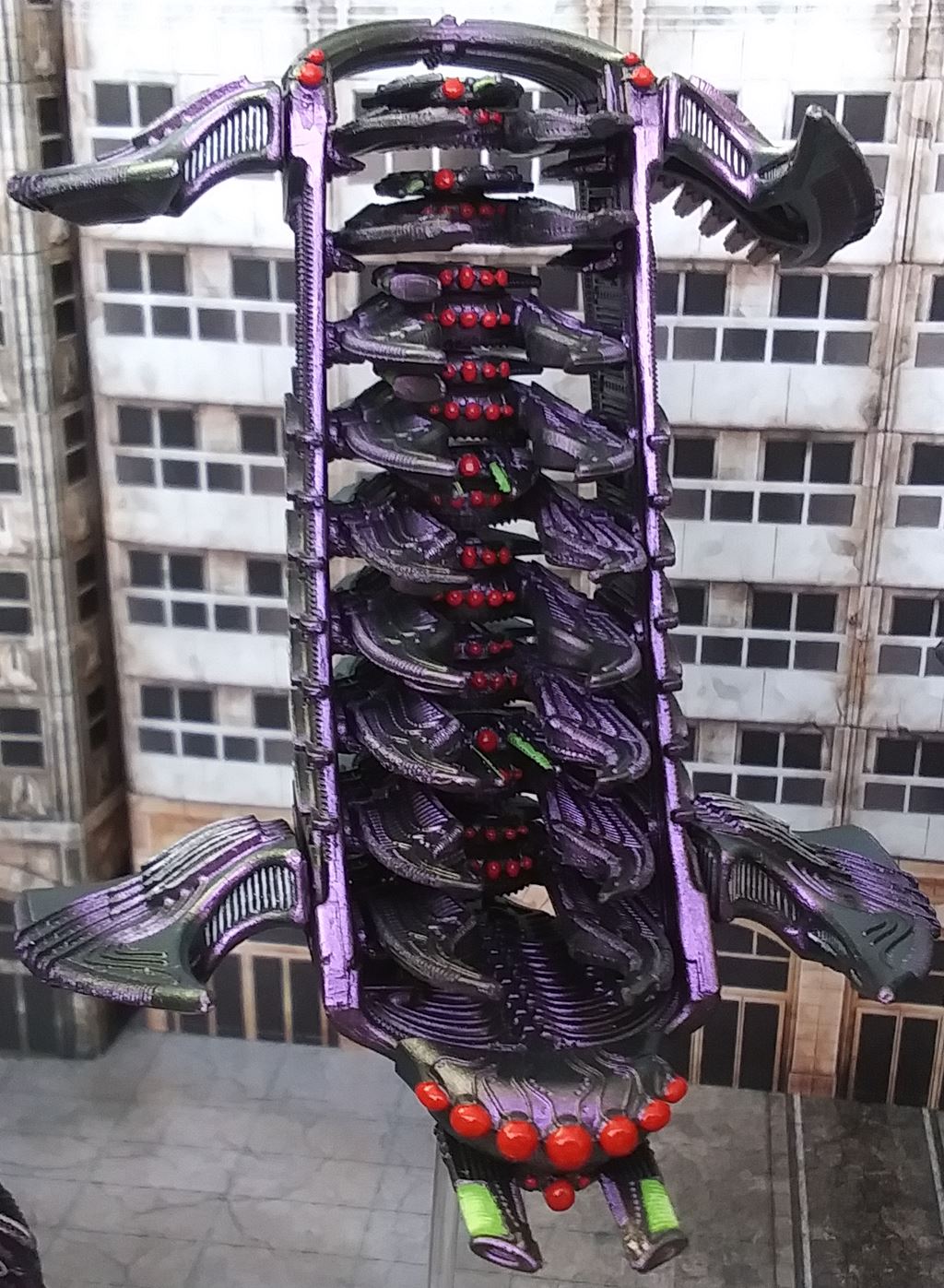 I quite like building a force around a Despoiler and a Barge of one kind or another, both are striking centerpiece units both visually and mechanically.

I'm not going to compile all the previous states and steps of this force, but intend to note future additions and any changes to hobby or painting style in subsequent posts.