While the rolling restocks from retooling molds are welcome, and alt-weapon options and blister glomming is good for everyone involved from the manufacturer to distributors to stores to consumers, some of the new bits are just well below par for DZC. 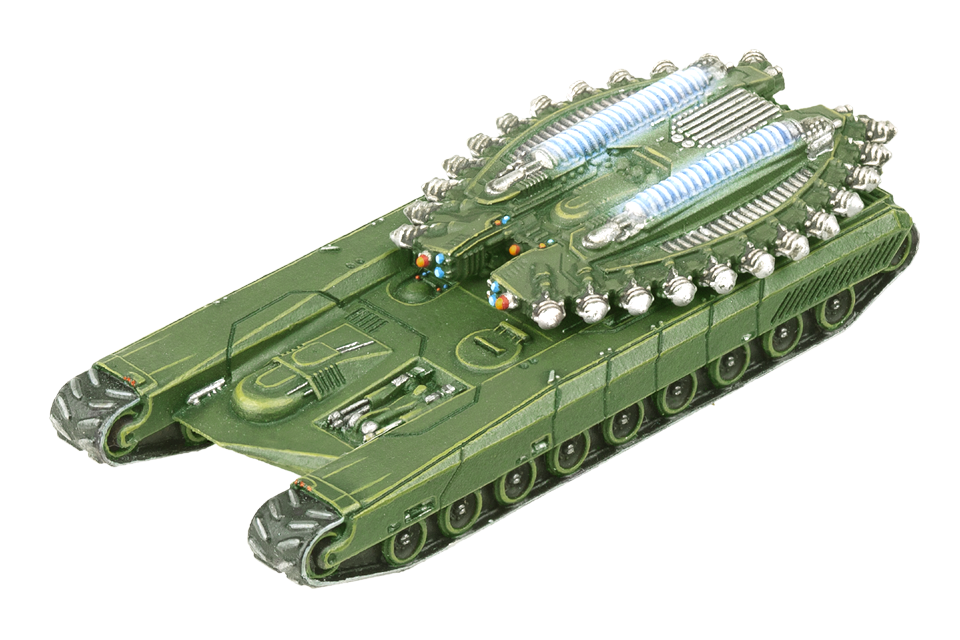 Everything about this model is a fail. The turret looks like it was a scrapped Shaltari element, or out of an entirely different game altogether. It doesn't fit the UCM utilitarian aesthetic at all.

Its launch rules are even more of a mess. A Scimitar chassis that hits everything within 2" of itself with a low energy attack that only has a chance of hurting armor on a natural 6. A slow moving unit that wants to be in melee range. A unit that doesn't want to be part of any other force element unlike every other UCM unit.

The range is what really kills it. It moves 3", and the special rules negate Skimmer evasion, but every skimmer can easily outrun it. It should NEVER be able to hit anything twice in a row, which is a huge problem. Since it's slow, it needs to be flown on, disembark, and then drive up to a target, which all told is 8" from the dropship. That's putting the Condor in major peril.

If the game were awash in low armor units, or there were scads of infantry running around in the open, it'd make sense, but that's not what happens in my games, nor the games of anyone else I've ever seen. And I use more infantry than average already.

You'd almost think with it's negating of Passive CM saves that Shaltari walkers would be a good target, but they're both A) faster by an inch of movement plus as walkers they can clamber over terrain and B) Shaltari so they can just Gate away.

What's extra interesting is that this unit was leaked in an earlier form a few months ago, and as you can see above, the model was designed around the rules. It wasn't a case of "how can we make a tesla array work" it was "wouldn't it be cool if it worked like this, but what should it look like?". Just fundamentally poor game design. 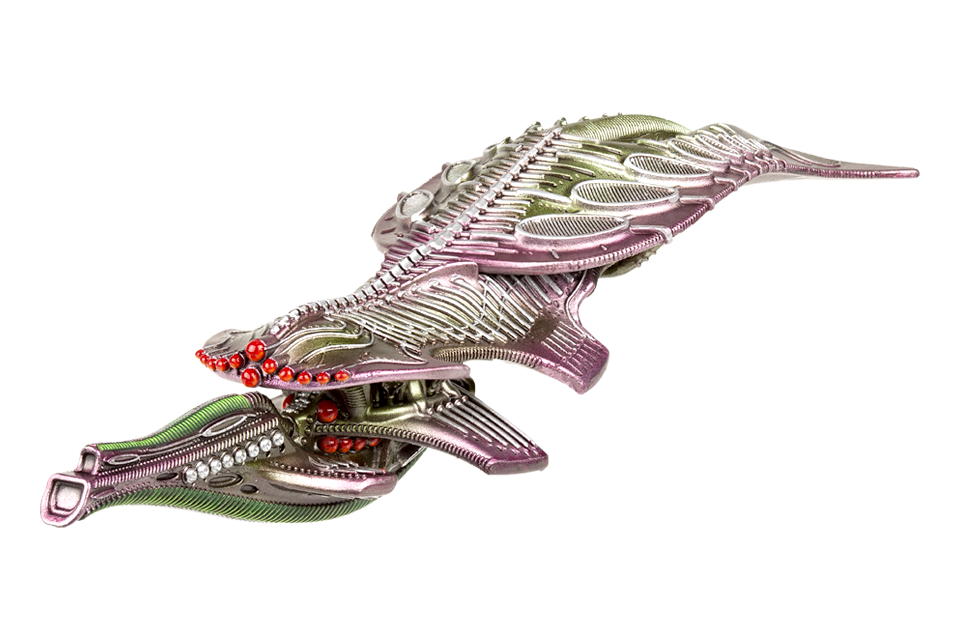 It's a slightly slower (-6", but made up for by being able to fire while flying) and shorter range (18" vs 24" which isn't that noticeable) Annihilator but otherwise superior in every way. More accurate (Acc 2+ instead of 4+), more devastating( Dev-4v on target), harder to kill (+1 Armor, +1 DP, doesn't have to land to fire). For a measly 20pts. Yeah, it takes up a Heavy slot, but that's actually another bonus as the Scourge have a plethora of good support units they want to bring.

This one feels like a blatant new-units-are-better design, which is a shitty way to sell models. Shame on TTC. 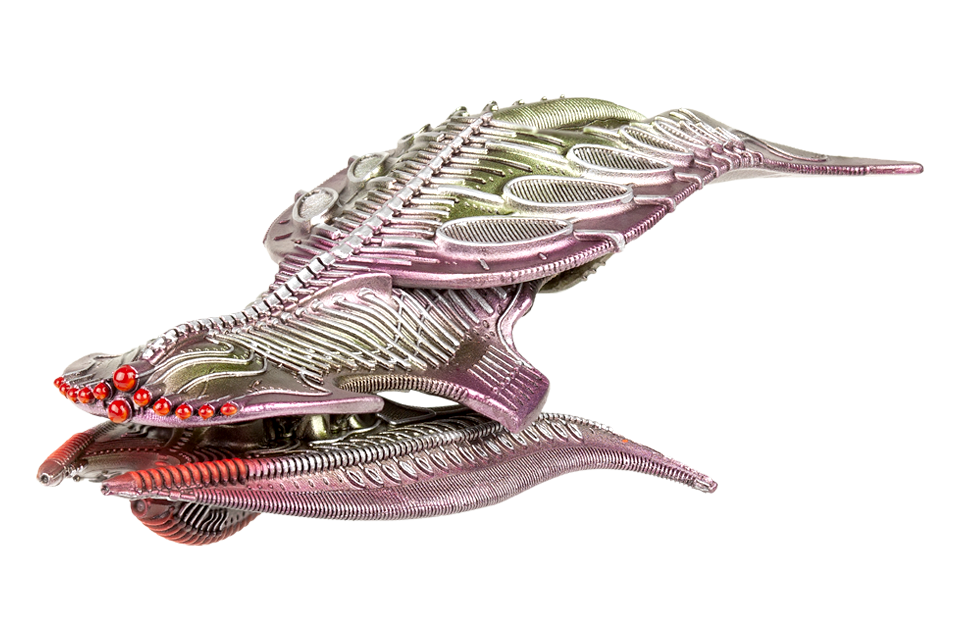 So this model has actually been around for years, but TTC just refused to release rules for it, holding it back so they could re-release it (did you know many of their employees used to work for GW?). That said, it's a lovely model, and a breeze to magnetize along with the Overseer cradle and by the looks of it the earlier Slaughterer.

It has odd probability curves. I shared my analysis earlier this year on Discord. TL;DR it always fails 60% of the time, but that means it does 2DP+ 40% of every time, and fairly often even harder. Point it at the biggest unit and keep firing. 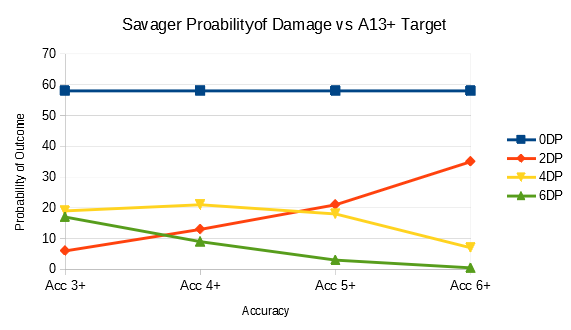 The way it resolves feels a bit like a DFC furnace cannon, which is surprising considering... 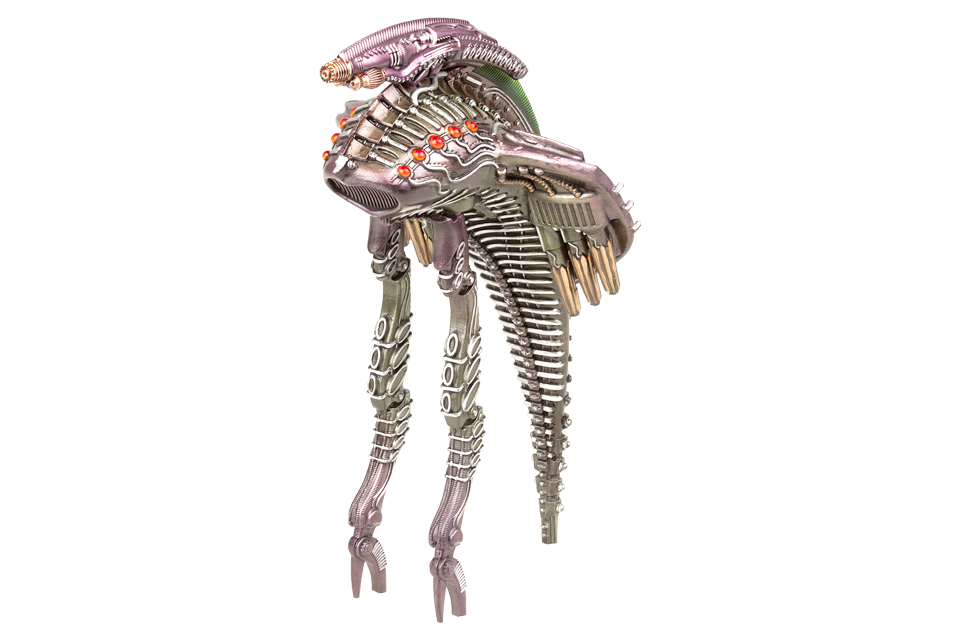 Dave. Come on. We both know you can do better than this. It's got a stupid little hat.

The model has a separate piece for the cockpit/face, but instead of integrating that with the laser, it has it on its head. It would have looked so much less dumb.

But also, mechanically it's nothing like a Furnace Cannon with the variable damage or sustained firing. It's clearly more of an Oculus Beam, a single powerful burst of laser fire.

For an example of what a Furnace Cannon should operate like, you can look at the original rules of the last model.

It can walk the beam across multiple units, or concentrate it on one target, rolling up damage. A dumb mistake on the designers part, missing an opportunity to thematically reinforce the shared universe of the games. Wasted potential. But at least not wasted on a decent looking model. JFC Dave, seriously. 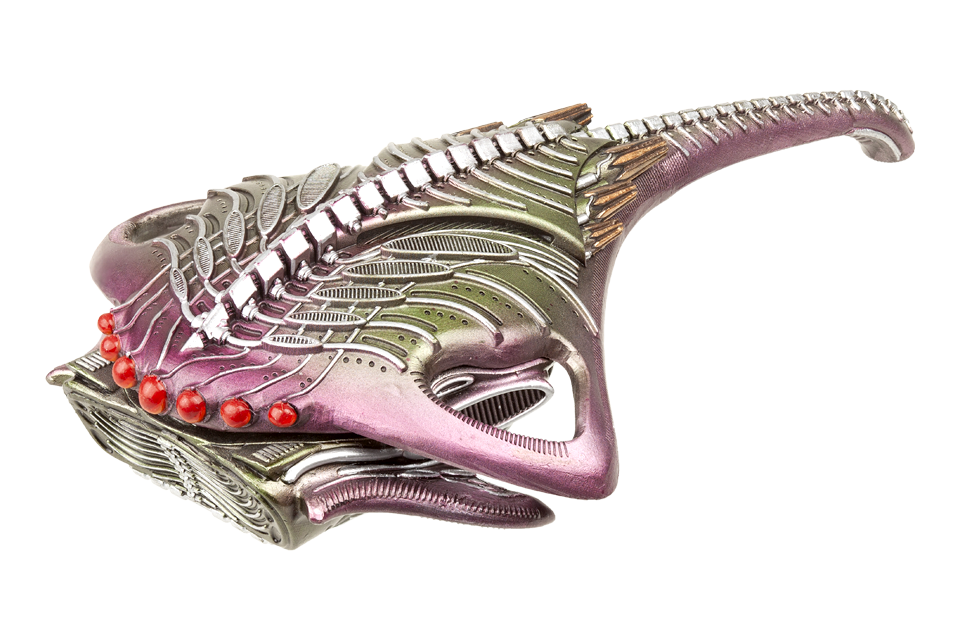 We've known this one was coming since the last rules update. The Raider was suspiciously forgotten, literally they forgot to publish updated rules for it. And what rules they published didn't match the unit at all. And even now, the model and rules don't match up WYSIWYG at all. There's nowhere to attach an Arc Caster while it has the cargo bay attached. There's no acid streamers in the new blister and again nowhere to put them. The old raider also has nowhere to drop a Plasma Bomb from nor attach an Arc Caster.

This is the incontrovertible example that TTC doesn't really care about keeping the models or rules WYSIWYG nor even sensible. That they will very much stop supporting older models that don't sell well. And they'll outright lie about it at the same time.

Ceteris Paribus, I like the model. It's just all the needless bullshit and drama TTC churned up that makes me dislike it. Who knew basic consistency was such a high bar for a group of professionals to clear?