Between Brexit and the global supply chain collapse, I found out that Dropfleet starters were no longer being sold with the core Dropfleet rulebook, but instead had Battle for Earth copies substituted. I really wanted the Hawk era book, so before they go out of print indefinitely I snagged some starters. And then because I love assembling models possibly more than playing or painting, I started cutting sprues and a week later I'm varnishing a cruiser group and bemoaning UCM BBs lack of stock. 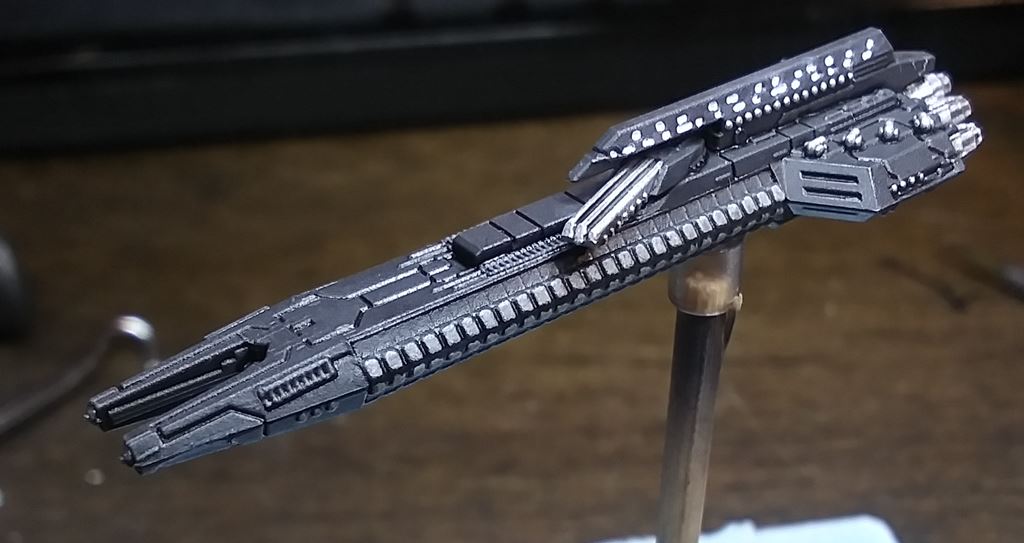 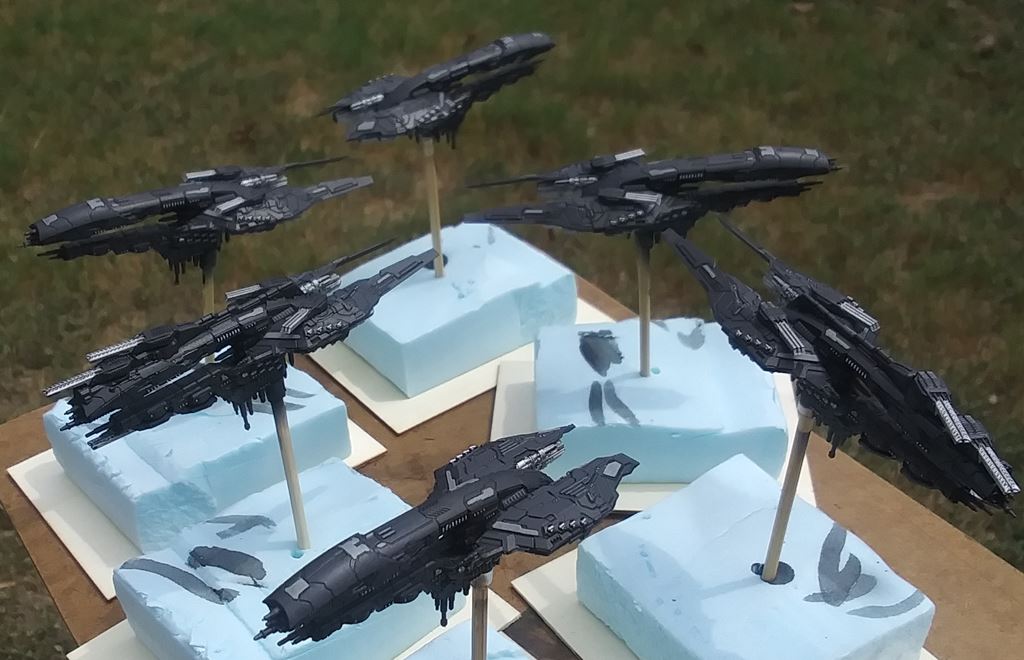 Haven't even primed the Scourge, mostly because I'm not happy with the magnetizatoin of their Frigates; I think I need to order some rods, the hull side has nothing to hold to other than a flat surface and they keep breaking off. I also need to order some milliput for the final wings on the cruisers, I tried greenstuff but it's proving too flexible and I'm not getting the smooth flush finish I want to hide the magnet. I previously tried magnetizing the prow but couldn't get it to seat as straight and tight as I wanted, so just glued that shit down.

No point in pics of blank plastic.

Back groundside, I've got 3 each of Scourge Stalkers and Ravagers built, but I'm only going to finish the Ravagers anytime soon. They are just a lot easier to include since I still don't have a Harbinger to carry their class of walker. Resistance are getting 6 Rocket Technicals, 6 Storm/Thunder Wagons, 2 Buses with platforms and explosive racks, and a pair of Swifthawk light troopships (though I really need to finish basing my Veterans as well). They're on the bench, still getting block painted in garish colors pre-wash.

We were in a rush so I didn't stop to get pictures, but I got in a game of DZC with my friend Ty and his PHR a couple weeks ago. Standard 1500pt Targets of Opportunity, both of us mostly fielding what we had painted recently. I brought a Thunderstorm full of Gun Wagons, two Barrel Bombers, 2 squads of Freeriders and 2 Drills, and a smattering of the usual Fighters/Jacksons/Lifthawks/Hannibals as well as my recently finished Pizzaro. He fielded his Hades, and a wide variety of walkers and skimmers. Also his Athena and Sirens, which we hadn't seen on the table before.

The game came down to a either a desparate forced tie on Turn 5 or a 4-3 victory for myself. Freeriders were able to extract a objectives, while my Gun Wagons and Pizzaro had wiped out the PHR infantry transports, effectively stranding those units mid-board. My forces were largely tabled, but what remained got the job done. I thought the match was going to much worse than it did when my Barrel Bombers utterly failed turn 2. They were supposed to wipe out one objective he went heavy on, taking out his Sirens and some immortals as well. But one bomb rolled minimal damage, and the other was a complete dud. I spent the next 2 turns desperately having the Sappers clack-clack their trigggers til it fell, but only succeeding in topppling it on my damaged Thunderstorm and inflicting the final point of damage to it.

I don't know there's much I'd do differently. Which is odd for me, but also kind of refreshing. I might actually be finally understanding the game well, which is a hell of a change from past games of Warhammer and my pile-o-dead Skaven strategy.