Dropzone Commander is in a better state at the moment than it has been since before TTC released the Battle for Earth book (Summer 2019), which is different but not necessarily improved over the iterative direction it was taking up til the end of the Beta in Spring 2019. Rules-wise, absolutely nothing is worse than it was before; either same-but-different or clearly an improvement.

Restricting Search to a double action Action puts the breaks on the absurd T2/3 Game Overs that were happening with some scenarios, and it's further helped by the Objective passing restrictions added. It allows more time for counterplay without making the game seem slower. This does however shift the game back towards light dropships/troopships like the Raven/Intruder/Triton/Spirit and away from the APCs. Making APCs more of a choice than a starter-set unit you upgrade away from was an explicit design goal since the Beta.

CQ Weapons and Firing From a Wall

Along with the Search changes, one other area where the Infantry action economy was askew was their ability to both fire a weapon from the side of a building at a target on the ground while also firing at units inside the structure. It just didn't fit the pace of the game. It was a frequent house rule and I'm glad to see TTC listening to the community and adopting it as official.

This one is a mixed bag. The most recent v2.1.1 FAQ explained that Indirect Firing weapons were Hull Down to their target if they didn't have Line of Sight on top of the penalty for indirect fire, which is a sneaky change of ommission from the previous rulesets and frankly just absurdly dumb. It's rare to see a ruling like that so widely rejected as it was, with a mix of surprise from people that hadn't been playing it that way because it made no sense and people that knew it was designed that way and already house ruling it.

The fix though leaves a bit to be desired. It contorts itself to preserve Hull Down for some fool reason while not being overly punishing with the accuracy penalties, but it's also worded poorly. As written, a unit can only fire indirectly if it can't see any of the unit, and thus any Acc 4+ units firing that can see a sliver of a unit would fire at Hull Down and 6+ Acc total instead of the 5+ if it couldn't see any part of the unit. An FAQ was needed day 1; it has yet to be issued. So many words expended to preserve something no one playing the game seems to want, written in a convoluted series of clauses and exceptions that you have to stop and think through. "Indirect weapons ignore Hull Down. If the firing unit does not have LoS to a target, they may fire on the target anyway with a +2 Acc penalty. If a friendly Scout has LoS to the target, the penalty is ignored." 42 words instead of 111, intuitive, clear. 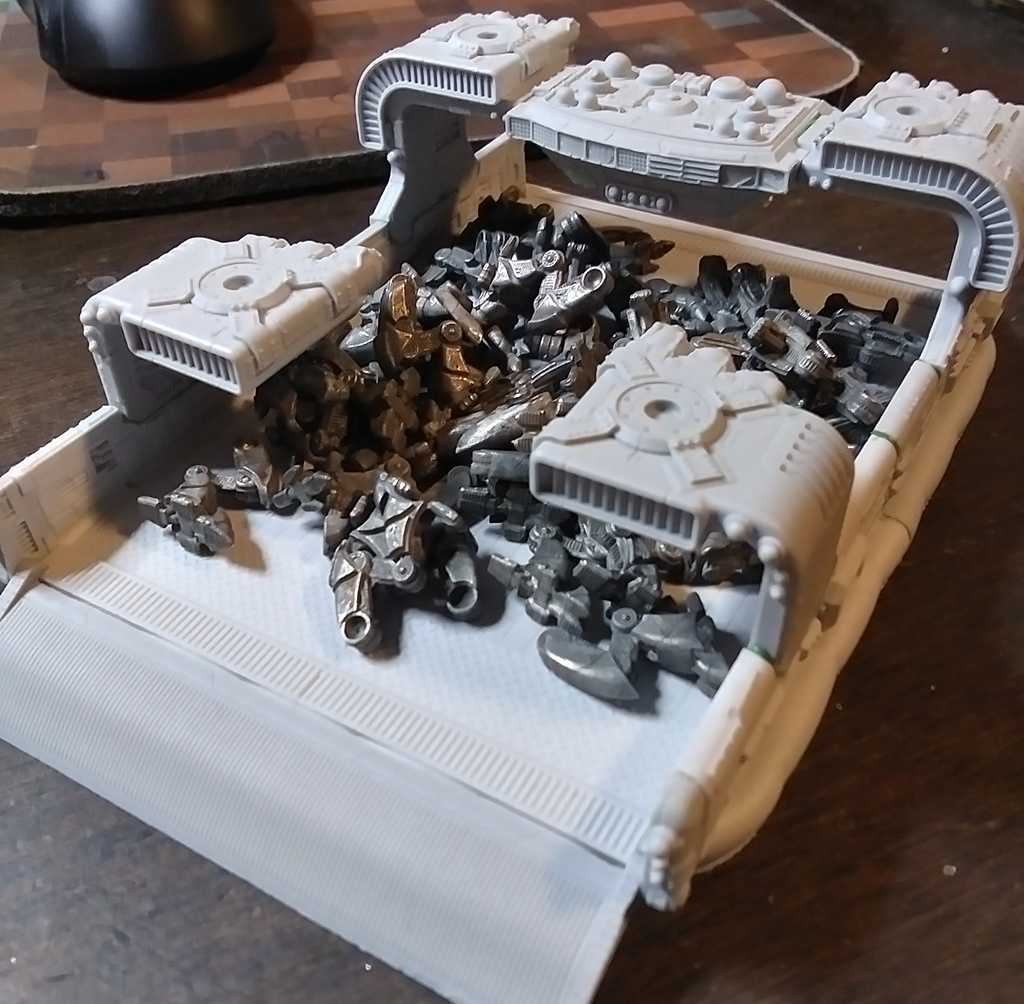 My chief remaining complaints about the game, acknowledging the direction it's moving, are as follows:

Their playstyle doesn't match their concept and leans too heavily on the 'double-tap' activation (which in and of itself is a pretty gamey aspect that's more trouble to eliminate than worth but certainly not something to call attention to). Watching an interceptor make a tight u-turn across a board doesn't convey speed, and has some very unfortunate corner cases where the targeting becomes broken. The stated aim when changing how they operate in v2 was to keep the models on the table longer because players felt that otherwise they were effectively a token for an ability, which is a perfectly valid complaint. I don't have a favorite fix here, but it's definitely not feeling right.

Sufficiently elite infantry can wipe out an entire squad in a building without taking a single casualty, which is both unsatisfying, very hard to plan against, and entirely unrealistic. It needs some kind of simultaneous resolution or reaction fire mechanic to it, or even bringing back the defended walls mechanics of classic DZC. The Resistance Sentinel Turret is I think an indication that Reaction Fire may be expanded to more than just AA in the future, and I think would be a minimally increased complexity for a lot of benefit both to the game and community. CQB is the most argued over and divisive point of contention, after drop'n'shoot, in the entire DZC community.

There aren't very many readily citable works on peer-on-peer conflict inside cities in the modern era. There's plenty on peer-on-peer city fighting from the second World War, peer-on-irregular city fighting from Iraq and Afghanistan and the Bosnian Wars, and peer-on-peer land war from the various Israeli conflicts. But what I can find all agrees the casualties are horrendous on all sides when infantry tries to take an infantry held building, well into the 50% range. 'The only winning move is not to play', and either shell the building out of existence, or if you need to leave it somewhat intact, at least blow a single big hole in it for entry and keep blowing smaller holes in it instead of using obvious paths like doors, oh and enter from as high on the structure as possible so the force you're driving out has an means of escape instead of fighting to the last man trapped on the top floor.

There's a lot of folk that could be brought back into the current version of the game with a concession or two here.

The exact circumstances under which Collateral tokens are generated, the exact timing of their activation, and the resolution of their effects are all vastly out of balance with how little impact they often have on the outcome of the game. I truly think this is a clear case of just needing to round file the whole mess from the Beta onwards and revert all the way back to the classic rules. Namely, Any crit rolled while damaging the building inflicts 1 E5 hit against a random squad, and once the building is below half DP, ALL damage 'blows through' and inflicts the above E5 hit.

A meta-rule complaint, but the whole advantage of going digital with the rulebook and army builder is that you are no longer tied to print schedules for rules. The game should be seeing logged and explained frequent small changes rather than months of silence followed by upheaval. There's also a caretaker aspect that a little more frequent but minor attention to detail would provide if it were happening.

There's a plethora of small unit tweaks (Broadsword energy) and deeply needed clarity (Bomb Buses) but those are all elements to resolve individually, not in the rules, and I'd rather address them in separate posts going forward. 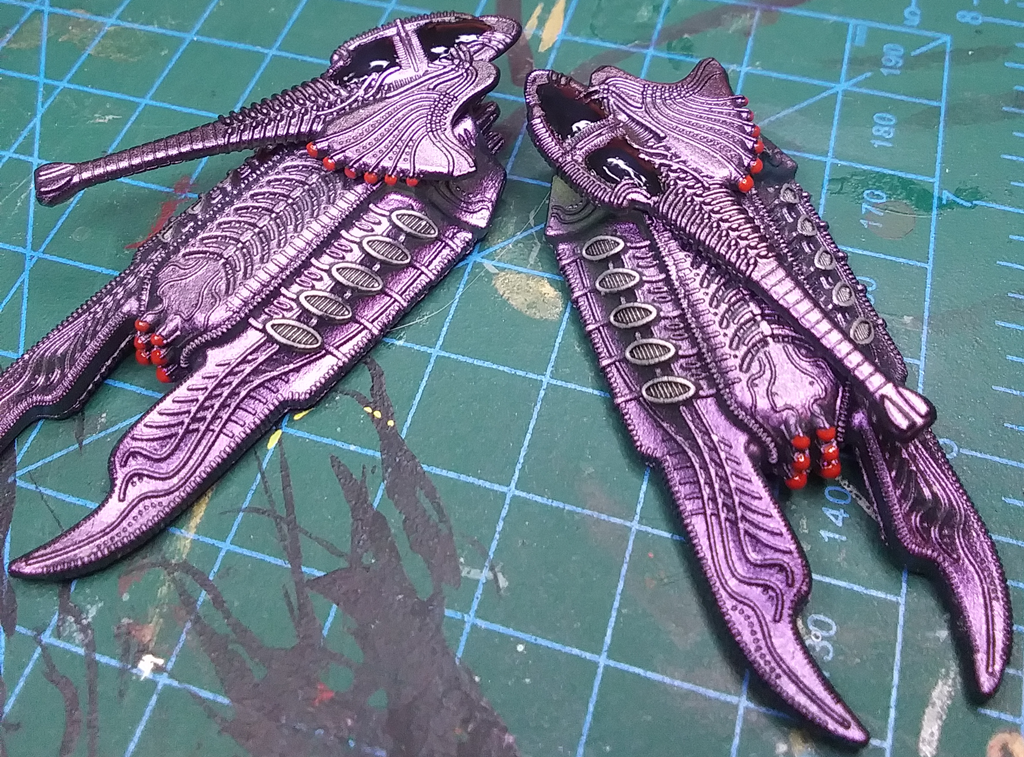