Only a week behind schedule, but this'll do. I can field a legal 1500pts of Resistance fully painted and based.

The Pizzaro I've got some improvements in mind still, some further weathering and scuffs in the camo paint, and the claws are looking a bit too clean at the present. But overall, from a distance, it looks how I want it to. I very nearly painted it a garish orange like a toy dinosaur, with painted on googly eyes and teeth on the front, like a carnival attraction, but just couldn't bring myself to. If the whole faction was a joke like that, it'd me fine, but the rest of what I have is semi-serious, so not this time. 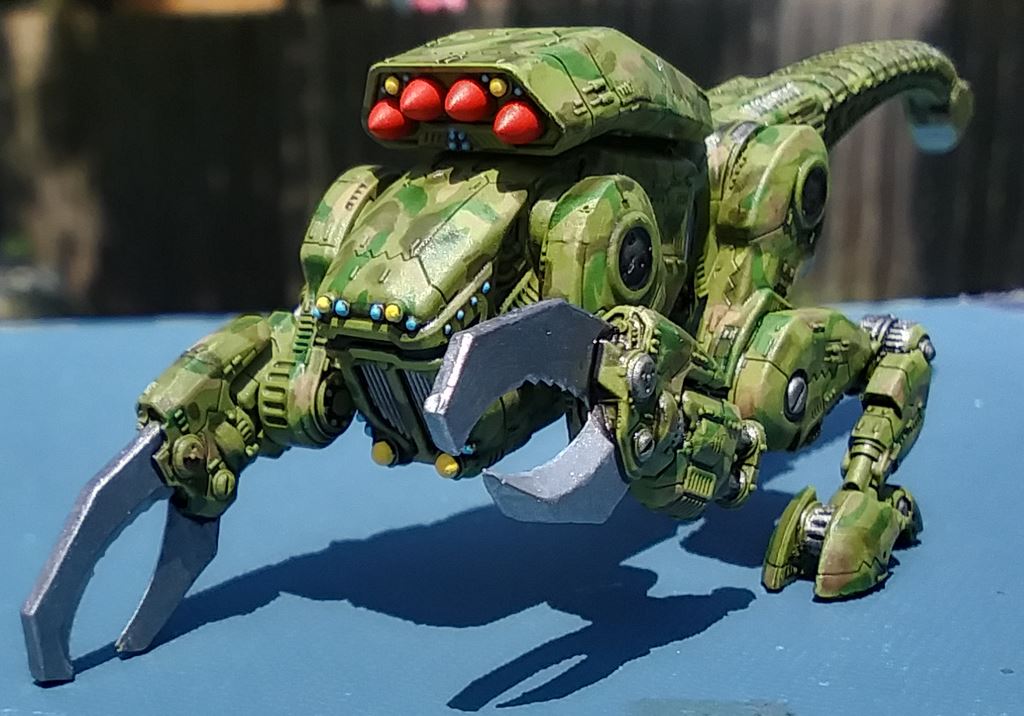 Fighters are based, a mix of the approach I used on my Sappers and Freeriders, with what I'm calling 'enzyme-bonded concrete' (Army Painter 'Fog Grey') road surface with overgrown rubble (cork chunks and fine sand and flocking mix). I'm still stuck on how I want to do my Occupation Veterans so they stand out differently, so they didn't get based in this batch.

Next step is to get some games in, and a proper battle report with pics. I haven't played in more than a month now, and the last time my pics came out terrible anyways. But no more painting until these models get some game time. But maybe a little modeling with next faction...